On 19th January, 2023, the first “Communion in Action, A Lifestyle of Sharing” Report of the Focolare Movement was presented at the “Focolare Meeting Point” premises in Rome. It is an overview of the activities and initiatives promoted by the Movement in the world in the two-year period 2020-2021.

The first report of this kind published by the Focolare Movement was presented to an audience from the diplomatic, political and religious worlds and to journalists from the Italian media.

The document describes a lifestyle made up of spontaneous sharing, not only of goods but of experiences and needs. It is all inspired by evangelical love. Contemplating the fruits of this sharing encourages a renewed dialogue to increase communion even more. Alongside material resources, the invisible goods which have been donated, invested or gathered in this period are given equal importance.

The journalist Claudia di Lorenzi facilitated the event. It opened with a greeting from the President of the Focolare Movement, Margaret Karram, who said. “I hope that these pages mark the beginning of an ever greater sharing. We desire to be credible seeds of hope that contribute to renewing the world with love”.

Geneviève Sanze, Economist and Co-Responsible for the aspect of “Economy and Work” at the International Centre of the Focolare Movement, explained that “this Report is an instrument of dialogue, an attempt to offer a glimpse of what we try to bring into society to progress the path towards fraternity”.

Sr. Marilena Argentieri, President of the CNEC (National Centre for Religious Community Economists) said that what “the Report conveys the idea that nothing belongs to us (…) because everything I have is in communion with others”. Then she added a personal note, “I think the Report makes me grow in freedom and detachment, because at its centre is love for God and love for the poor”.

Andrea Riccardi, Historian and Founder of the Community of Sant’Egidio, said, “This document highlights the effects of this communion, 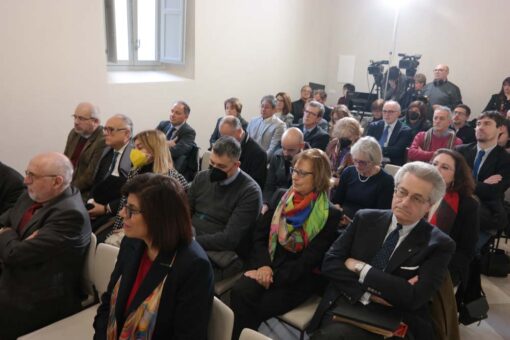 of what we have and what we are, in a voluntary and free sharing. And to some extent the more communion there is, the less the effects can be controlled but perhaps the more the Gospel is lived. The Focolare Movement, which has spread silently in many countries of the world, is like a network in society and in the Church, that protects the earth from landslides. We are in a time of human, ecological and religious unease and then there is this network of friendship in the world and here I insist on the value of unity, but a unity that is rooted in so many places in the world, has a much greater value”.

In his turn, Luigino Bruni, Economist and Professor of Economics at the Lumsa University in Rome, said that “the Report reminds us of the importance of the relational capital, the spiritual capital and the invisible capital that make our community beautiful and rich (…) Charisms are capable of activating energies deeper than money, that is, people act for higher aims”.

The “Communion in Action, A Lifestyle of Sharing” Report is a 112-page document, in which you can visualize the life of the Focolare Movement, from the many initiatives to the aspect of formation and study, from communication to ecology and in which it is clear that, as Geneviève Sanze said, “it is not money that changes the world but “new” women and men who bring a new culture of fraternity. This is what we want to highlight”.

Watch the video of the presentation here

International CenterFocolare Around the World 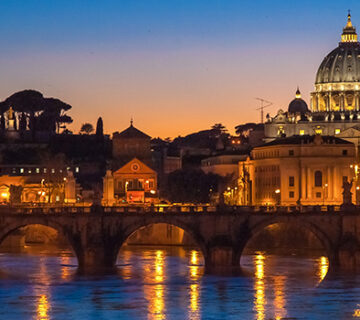