Paul was writing to the Christians in Rome, describing the great gifts that God gave to humanity through Jesus and in the Holy Spirit. He then suggested how they could respond to the graces received, especially by how they related among themselves and with others.

Paul asked them to take the step, from loving only people who shared their faith to loving everyone, as the Gospel says. For believers, love has no limits and cannot be confined to just a few people.

An interesting detail is that he speaks foremost about sharing other people’s happiness. In fact, according to St. John Chrysostom, one of the great Fathers of the Church, envy is what makes it much more difficult to share other people’s happiness rather than their troubles.
This way of living could seem like a mountain too steep for us to climb, a peak impossible to reach. Yet it becomes possible because believers are sustained by Christ’s love, from which nothing and no one can separate them (cf. Rom 8:35).

Considering these words, Chiara Lubich said, “To love in a Christian way, we must ‘make ourselves one’ with every neighbor … to enter as far as possible into their heart and mind in order to truly understand their problems and their needs, to share their sufferings and joys. It means bending toward others, somehow becoming them, making ourselves them. This is Christianity. Jesus became man, he became like us, to make us like God. In this way, people feel understood and supported.” (1)

This Word of Life invites us to put ourselves “in other people’s shoes,” as a concrete expression of genuine love. A mother’s love is perhaps the best example of how to put this Word of Life into practice. A mother knows how to share the happiness of a happy child and to cry with the one who is upset, without judging and without prejudice.

There is a secret to living this kind of love and not being wrapped up in our own worries, self-interests, our own world. We need to strengthen our union with God, our relationship with the one who is the very source of love.

“It is said that the crown of a tree often corresponds to the diameter of its roots. It can be the same for us: if we deepen our relationship with God, day by day, we will be more inclined to share the joys and to bear the burdens of the people around us. Our heart will open up and become more able to contain all that our neighbor in the present moment is living. In the same way, love for our neighbor will help us enter even more into a personal relationship with God.

“When we live like this, we’ll see things change around us, starting from how we relate in the family, at school, at work or in the community. We will be grateful to have the experience that when love is sincerely and freely given, sooner or later it is returned. Love becomes reciprocal.”

Two couples had a very deep experience of this. One was Christian and the other Muslim, and they often shared their problems and hopes. When Ben became seriously ill, Tatiana and Paolo spent much time in the hospital with his wife, Basma and their two children, right to the end. Even though she was distraught at the loss of her husband, Basma and her Christian friends then prayed for another seriously ill person. She knelt on her prayer mat, facing the direction of Mecca. Basma confided to Tatiana and Paolo that, “What makes me happier than anything else is feeling part of a body in which everyone has the good of the others at heart.” 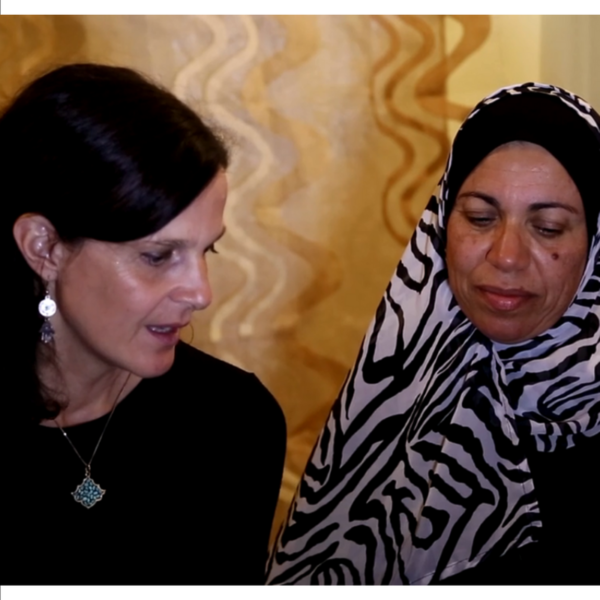