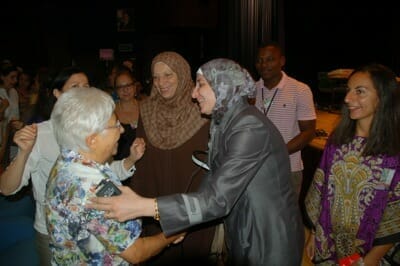 One asks today, after the murderous attacks in Paris and the massacres in Nigeria and Pakistan, whether there is need for dialogue between people of different religions and cultures.

“I beg to reverse the question”, Maria Voce says, and continues to ask: “Can we live without dialogue in a globilized world?” While speaking about the increase in the number of people who choose to emigrate and about entire populations who are forced to flee because of persecution,“uprooted from their environment and their future” and forced to live with others of different races, cultures, opinions and religions, the president of the Focolare Movement quotes the pressing question of Western Countries: how does one live with these people? “The answer is clear”, she affirms, “We either dialogue or fight with one another. But conflicts lead to destruction of both residents and immigrants, while openness and dialogue create life and lead to life”.

“I have noted this during my trips to places in the Middle East, Africa and Asia where dramatic situations are present”, she explains.“The brave commitment to dialogue is lived by children in their schools, by families in their neighbourhoods and by many people in their workplaces”. 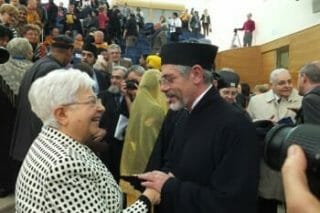 She reminds that the most effective dialogue is the one “built on the sharing of everyday life”, which is “not generated through an immediate confrontation of ideas” but “ through getting to know the other person – and not his religion – to be able to discover the bond of brotherhood that binds all human beings”. Maria Voce is convinced that diversity does not necessarily cause opposition, but that it can be a source of mutual enrichment. And we truly enrich one another, because God is generous and he bestows his gifts on all men, whatever religion they belong to”. She reaffirms,“When we discover this, we all become richer and freer in our mutual relationship”.

She hints at what Pope Francis is manifesting through “his words and attitudes, emphasizing warmth, empathy, listening fully to others” . And “equally valuable is the Pope’s indication not to make concessions on our identity as Christians in order to prepare ourselves for this dialogue, because we can dialogue only if we are deeply and authentically Christian”.

In her conclusion, MariaVoce states “ A Christian or a Muslim become better persons when they walk on the road of dialogue and discover that they can progress together, and that this progress leads to common initiatives, starting from peace, that contribute towards the benefit of humanity”.

Read the full text of the declaration