The United Nations seen through a young person’s eyes 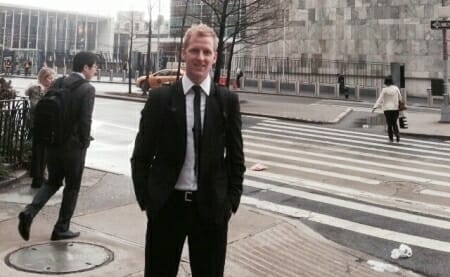 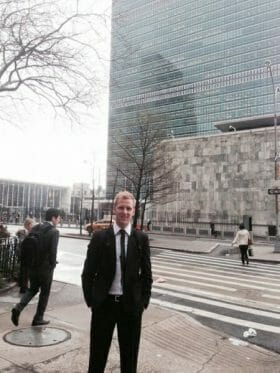 The UN headquarters with the thousands of people who work there, heads of state and other VIPs, going there would be a dream for many people. Ermanno Perotti, a 25-year-old student of economics and development is there now, but not as one of the many visitors who wander along the endless corridors with their guide. He was asked to accompany Maria Voce, President of the Focolare Movement who had been invited, as one of the religious leaders to speak during the High Level Debate on “Promoting Tolerance and Reconciliation: Fostering peaceful, Inclusive Societies and Countering Violent Extremism.”

The impression of Perotti is shared by many: the representative of each nation gives his or her contribution, many beautiful words and positive initiatives – but they seem almost isolated and each one appears to see this meeting as a platform to promote their own ideas. But what I find a bit hard to digest is that they don’t really listen to one another. But what does attract me is to see their efforts to fill this emptiness with true listening and dialogue. With this vision that he learnt from the life of the young people of the Focolare, he understood the attraction of taking on a commitment in politics so as to bring about truer relationships.

However, on the subject of how to prevent violence and fanaticism, almost all the speakers were in agreement, that there is no other way but dialogue among cultures. “I would love to run a school on dialogue right here at the UN” says Perotti. In fact 90% of the speakers emphasised the need for education and many spoke of the need to give women a voice and to fight against poverty.

Many spoke of the hope they have in young people and we have to start there. Perotti wasn’t completely happy: “It’s always adults who speak about young people, where are the young people who speak about the young people?” He thinks his generation is already prepared for a multicultural future: “I grew up with this idea. In my class there are people of 10 different nationalities and 4 religions. We can show the world how we live in a spontaneous way in our daily lives.”

Today is the high point for him, to be part of a panel at the UN. Ermanno Perotti is not worried at all: “Speaking with Maria Voce we were saying that we wanted to live these days first of all as an experience of God. Today too at the UN will be an experience of God. As some of the speakers said today. In the end everything is summed up in the Golden Rule which means love of neighbor. So going there with the President, it’s simple because you go to love, to be one body with all the young people in the world”.