The Basque region: a workshop where peace is taught 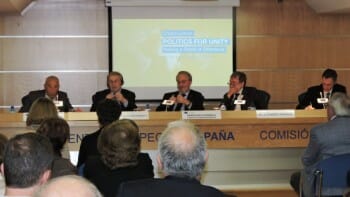 At the base of the itinerary of the Political Movement for Unity in Spain, is the desire to give an answer to a situation of violence being staged in the Basque Province by the armed struggle of the ETA. The objective is to try to heal the still open wounds and make an effort to ensure a future of peace.

«It is a utopia, but it may be the only solution for our people.» There was a pressing surge of hope in some members of the Provincial Council of Gipuzkoa when about ten years ago, some exponents of the Political Movement for Unity (MppU) from Italy, spoke to them about fraternity as a political category.  This perspective almost seemed like a shock because of the atmosphere existing in the Basque Countries and the work of the ETA..

With the objective of obtaining independence for the Basque people, the armed groups of ETA continuously sowed an atmosphere of violence and terror. In fact, the tension was at its highest. During those times – the first six months of 2005 – a group of politicians belonging not only to different parties but also to diverse ideologies, got together to pave the way to a strategy that sought the renewal of politics, based on mutual acceptance of peoples, without exclusions. Thus a new ground for discussion and acceptance of the other was set, involving politicians of all convictions, State employees, members of labour unions, citizens… all thirsting for a normalized coexistence, and true peace.

The meetings were held every two months at different locations, alternating between the various parties. Among the participants, there were those who were 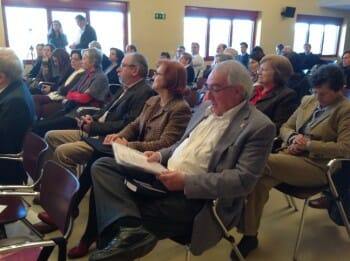 immediately threatened for their pacific membership, and they arrived with their bodyguards. And there were those who feared they would not be well received by their own party or  would be ousted. But they all tried to encourage one another, and overcoming every sense of mistrust, wished to testify that fraternity was possible, starting from themselves.

As time passed, they saw the need to share this experience with politicians of other regions and communities. A group thus went to Madrid and participated in a series of encounters where they met other experiences, inviting everyone to unite Euskadi with the group of Gipuzkoa. It was a historic moment: four hours of dialogue (after lunching together) to get to know one another, and listening to and begging forgiveness from each other.

Subsequently, they felt the need to draw up a document that each could bring to their own parties, to be studied as an alternative to the crisis. Many still felt the need to share the contents of the document and to hold seminars and round tables in other autonomous communities, also to present the experience of fraternity and pacific coexistence based precisely, on fraternity.

When the ETA ceased its armed activities (2011) a new process began, though not simple, but which was a harbinger of hope. There are still many people, families, and groups that though sharing the same identity are divided and continue to clash, finding it really difficult to dialogue.

The political workshop that had been created during those difficult times and simply called “workshop to learn about peace” – continues its journey toward pacification and search for peace, facing the diverse standpoints on historical facts and healing the wounds that are still open. They drew up a document named “Towards the path of reconciliation of the Basque society” (January 2013), that describes the basis to work on from then. This document is informally known as “The earth we trod on.”

Every time dialogue seems to encounter a hitch, they try to start anew by helping one another believe that every man is a brother and that they could build something with all. This does not signify that the crimes should not be recognized as such, or  that the great number of people who paid for this with their lives are not acknowledged. On the contrary, by accepting the past and recognizing the injustice and senselessness of the violence suffered, they try to view history like a slow and painful path toward reconciliation and peace, in which all can and must give their own contribution.

On 13 March, precisely at the eve of the anniversary of Chiara Lubich during which all over the world her view of politics was being deepened, this group held a meeting at “Las Juntas Generales de Gipuzkoa” (provincial parliament) in San Sebastian, inviting various experts, scholars, and political figures.  The debate was on “The relationship between common good and the common goods in globalization,” the basic manifesto of which, was sent beforehand to all and was greatly appreciated, and which described the deliberation to hold a “workshop to learn about peace.”

In a climate of mutual acceptance, valid contributions emerged which were then integrated into the document itself, to be later diffused in order to promote the value of fraternity at all levels.