Argentina: the unusual loot of a burglary 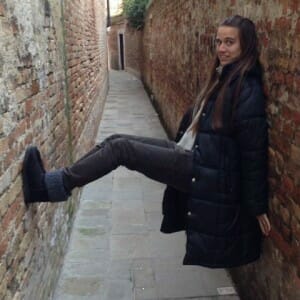 By the end of 2012 I had an awful experience. I was in a friend’s house with all his family and suddenly three armed and violent men entered their house to rob. They beat us and put us all lying down in the ground of his parents’ room. Then, they started interrogating us and shouting us “where is the money?” with guns in our heads… The father of my friend started saying to one of the thieves that he forgave him, but that was not the way he was supposed to act. The man was getting angry and we were afraid he would do something awful to my friend’s father. Surprisingly, the thief started crying and saying sorry. At that point, all the other thieves were gone with the family car, but this man, who seemed to be their boss, was still there with us. Amazingly he asked my friend’s father if there was something important, so that he would make sure we would get it back. My friend’s father told him that it was ok to take everything with him, but asked him the favour to return the car since he needed it for work. The thief promised to give it back, asked forgiveness to each one of us and left. The car, half an hour later, was found intact by the police.

In order to build peace, I needed to forgive, and even if the thief asked for forgiveness, I didn’t quite feel like I could do it, my part was not completed. The fact of having felt powerless in front of a person that could take my life away or the life of people I love, just by a single movement of a finger, made me incapable of forgiving. And also, in front of the eyes of my other friends, they would say I had the right to hate, the right to be angry.

I needed time, but I also needed to do something concrete to make sure I’d do my part to understand the root of so much violence, why would a person do something like that to another. So I decided, with other friends that are Youth for a United World (Y4UW), to start going to a shelter of men that have nothing. We wanted to at least start breaking the prejudices, sharing the pain and the difficulties of those who live in the peripheries. We are not politicians and we can’t do huge changes, but like one of my friends, Carolina, said: “I think that these small acts can help change the world, or at least, the reality next to me. Maybe at first sight it’s not visible, but you see the measure of your acts when the other makes you see it”.

The moments shared with the men at the shelter helped me know about the “reasons” of that thief’s desperation. Thanks to having met these men of the street, that have, some of them, in fact robbed sometime, I knew they did it because they thought it was their last resource. I don’t know what I would do if people act like I don’t exist, if people don’t even answer me, if no one looks at me directly into my eyes and I have literally nothing and no one even cares… so then I felt that I had to forgive… and then I felt strongly that I was putting a brick on the construction of peace in my country.

It’s simple, every Saturday we play games or play the guitar or we watch a football match (the World Cup was awesome) or even we play football together, then we have dinner and we get to know each other more, specially their stories, some of which are actually incredible, they are people that just need the strength to forgive others and themselves, but more than anything, they need to restart their lives. A group of specialists helps them progress, but us Y4UW have another role, as one of my mates, Francisco, tells “we grow next to them and we never stop making them feel our care, which is always mutual”.

On December of 2013 the police in my city decided to do a strike and people went crazy and started looping businesses and shops and even the storage of a big charity organization was emptied. Lots of people were violently robbed and people started defending themselves with the help of their neighbors and it was like a small day of war between our people. The next day, after a terrible night of chaos, with other Y4UW we decided spontaneously to go clean the city, especially downtown where there were more ashes and dirt and to gather food for the charity organization. We said it all over the social networks and the media: at the beginning there were 15 of us, and then we ended up being more than 100 (and the people who brought food were even more).

We realized that the TV news, that night, had at least one good news to talk about thanks to our initiative (because the media came to cover our actions) and a lot of people saw it. But that was not the only “good news”, because thanks to the food we gathered, the kids of a small kindergarten in a very poor neighborhood could eat. The kindergarten’s name is “The Light corner”.

From that, a group of Y4UW didn’t want to finish there. As we continued to go to the men shelter, others decided to do something more for the kindergarten, so they started a project. First thing they did was to celebrate Christmas with them, playing with them, doing a live nativity scene and taking presents for the kids. Then they started thinking how to improve the facilities of this very small and poor place. In the meanwhile, they suffered a robbery of some construction materials and then all of us Y4UW, with the help of friends from University and work and families, we cooked and sold sweet cakes to make money to buy back the materials. Then with everyone’s help we gathered educational material, games and curtains for the windows, to also make more beautiful the space for the kids.

One of the nicest things they live is what Caro, the Y4UW that leads the project says: “the relationship between us and the kids, their mothers, the teachers and the neighborhood has grown so much that we have become a family, where we share also our personal needs. One of the teachers, for example, is pregnant and she asked me for help because she couldn’t pay for a baby stroller. After sharing this necessity with a friend of mine from work, she decided to give the teacher the one she had at home, it was in great conditions and the nicest thing was that she decided to go and give it personally to her”.

They have organized a dental hygiene workshop, an orchard workshop and also they did another Christmas celebration last year with new toys, donated by a Chapel of a city very near from ours. The next projects are to build bathrooms and to remake the electric wiring.

Like my friend Caro said: “love is thirsty of love, love spreads in our hearts… and love “makes us cry with the neighbor” (like Pope Francis said in the Philippines). ‘The Light Corner’ gave me the chance to dream bigger and to believe we have all the hands that we need next to us, in our surroundings: family, work, university and friends, to make things go ahead. We just need to make the first step”.