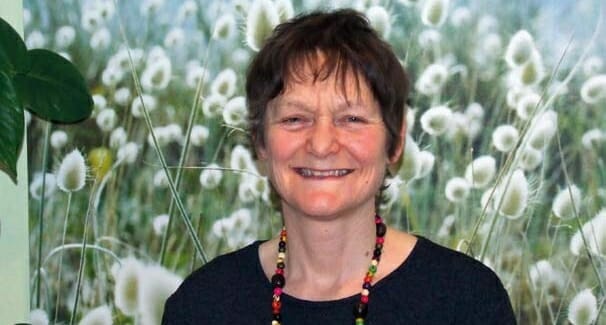 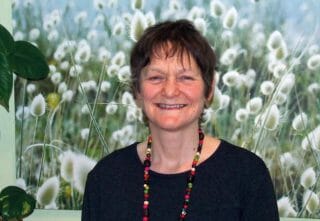 “Aboard the bus to the hospital in Harefield, Great Britan, where I was studying nursing, I was impressed by one my colleague’s way of acting. I was very shy then, but she started to make friends with me, and I was impressed by that. She invited me to breakfast, in spite of having some of her ‘wilder’ friends nearby. She didn’t make a distinction.

I was trying to be a Christian but wasn’t very happy. I would go to church on Sundays more to salve my conscience than anything else. But she spoke of joyful faith, genuine faith that she shared with other young women like herself, faith illuminated by love. One day she arrived at the hospital with a guitar to celebrate with one of the nurses who was notorious for not getting on with people. I said to myself, if this woman is able to do so much, perhaps it would be worthwhile to find out what’s behind behind it. She told me about the spirituality of unity that inspired her.

I began to visit the people at the focolare and every time I found new ways to give of myself: sharing some clothing or food with those in need, offering to do something practical like the washing, etc. These small gesture, which were the fruit of the Gospel that I had also begun to put into practice, made me feel much joy inside me. Even though I still didn’t know what the Focolare Movement was, I knew it was the place I had to be. I looked at the radical choice the focolarinas and thought I would love to have the courage to be like them. But they’re Catholics, and I’m Anglican. . . I felt this voice inside me saying, ‘But you can, you know. Why don’t you just say your yes to me?’ I felt like taking a step off a cliff by saying my yes to God. It was so unlike me, but I was happy to want to follow him forever.

I became a nurse specialised in midwifery, because of a deep desire to bring a change in society. I thought that with this specialization I could go abroad, and I had already put some money aside for the trip. When I entered the focolare I gave that money to the poor and began my formation to become a focolarina.

My first destination was the focolare in Leeds for five years. I worked in an area of the city with deep rooted social problems. I had came from a middle class backgound and had a romanticised idea of what poverty was. When one particular girl came to the clinic, she always had the same clothes on and her tights were full of holes. It was important for me to build a relationship with her, to get to know her so that she could tell me about her situation, where she lived, and so on. One day I visited her home. Her partner was standing in the doorway, very verbally aggressive towards me. I was so shocked by the man and the state of the house, that I could hardly talk. Then I noticed a big tank of fish on the wall, so I started to talk about the fish and the tension melted. On my next visit I brought along some dresses, and the third time I found her sitting on the window sill ready to show off her new clothes.

I now live in the focolare at Welwyn Garden City and continue to work for the National Health Service (NHS). In recent years there was upheaval in the NHS and it’s not so easy to bring that change that inspired me at the start of my career. But even in this upheaval I strive to do everything as an act of love towards God and my brothers and sisters. Living in community with people who have made the same choice in life is an important opportunity also for my job; but also to grow together in the unity amongst us and in our faith in God-Love, giving ourselves to others whether they are Catholic or Anglican.”