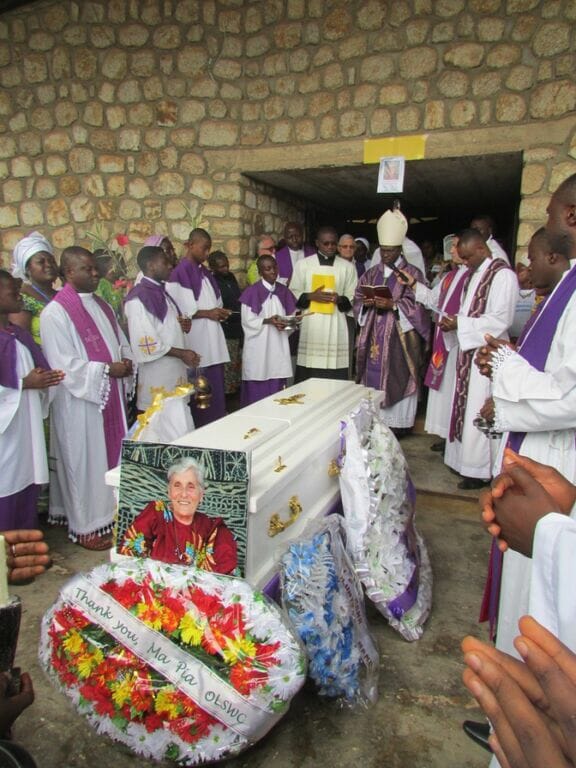 Monday, 31 August. At this time it is not easy to reach Fontem, the Bangwa village in the midst of the Cameroon forest. This is, in fact, the heart of the rainy season and the road is muddy and practicably impossible to pass at some points. Nonetheless, a continuous procession of people have come to pay homage to Pia Fatica. Today there are at least a thousand people from all over the region saying goodbye to this extraordinary Italian woman who decided to live here 48 years ago.

The funeral rite is celebrated by Bishop Andrew Nkea who began by saying: «As a bishop and as a Bangwa citizen, I can say that Pia has lived all the beatitudes. This means that for her, today is the day of her birth in Heaven.» These authoritative words confirm what in 2000 the traditional locals had provided for, upon awarding Pia with the title of Mafua Nkong (Queen of Love). But who is this woman, who at 38 chose to pass the rest of her life in Africa, and also requested to be buried there?

Pia was born in Campobasso (Italy) in 1929. An obstetrician, a prestigious and profitable profession even in those times, she read an article in the Osservatore Romano that a mission was about to start in Cameroon, that would also see to the construction of a hospital. She felt involved, at first hand, and without even knowing what Movement planned the project, decided to leave everything behind to go and give a hand. Upon reaching Fontem, she found out that due to a widespread infant mortality, obstetrics was an absolute priority. She made the decision with all her heart, and delved deeply into the tradition of these animistic people who, anguished by the death of their newborns, turned to the Catholic bishop for help. 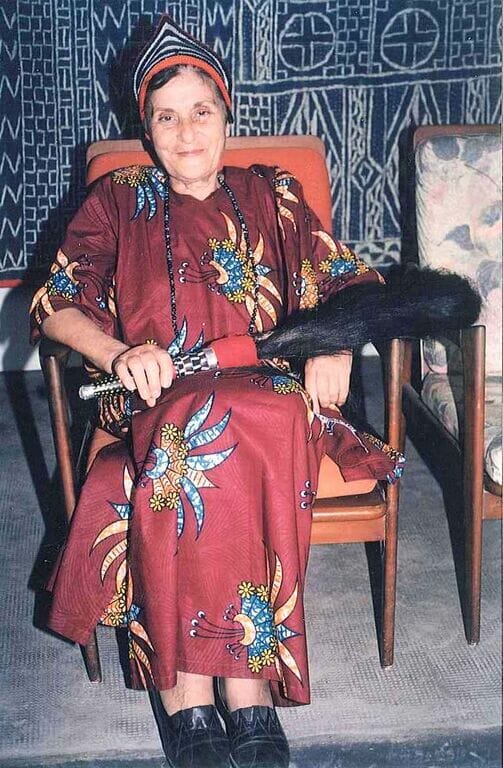 A practical and open person with a great ability to dialogue with the local culture, Pia was able to create important relationships with individuals, families, and the authorities with whom she speaks with respect and love, but when necessary, also with extreme honesty and interior freedom. As an untiring obstetrician she assisted at the birth of 11,000 babies, accompanying them later on, in their spiritual journey.

Just to cite an episode: a girl who had become a fervent Christian, confided that she did not wish to marry in church so as not to abandon the traditional values of her people. Pia listened with great openness and was aware that this was not an easy decision. Right there and then she did not offer any advice. Later, however, she picked up the conversation and told the girl that she was the one who had to decide freely, but reminded her that through Baptism which she had asked to receive, she had taken on a new tradition, that of Jesus. After a month, the girl asked her to accompany her for a three-person conversation with the priest. The result was a happy wedding, a splendid family and a testifier of faith.

Pia continued to give her contribution in various departments of the Hospital, up to the last service created purposely for her and called, “Office for all problems”, a title which in itself explained the broadness and openness of her heart. She deeply knew the reality of the Bangwa people and was particularly sensitive to the most unfortunate: the sick, prisoners in jail, and people with economic difficulties, and always found a way of helping out, even with the money she was able to find due to her great faith in Divine Providence.

Concreteness, her particular trait, accompanied her even in her last moments, when she decided to write to the President of the Focolare, Maria Voce, to tell her that she would soon leave this world: «I am glad to go to Jesus – she wrote – and deliver into his arms the world which I have lived for.» At the cemetery, under a pouring rain, the dances of the celebration enlivened the rites, as a sign of the deep gratitude for this great woman, and of everyone’s firm conviction that Pia has really gone to see Jesus.