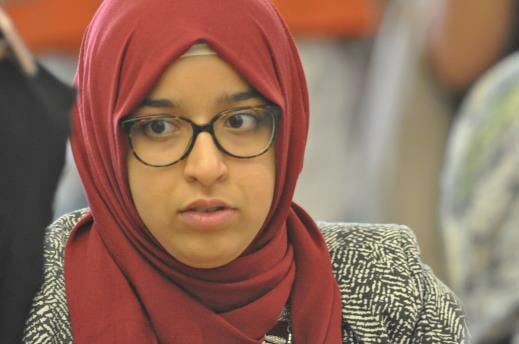 Ideas such as involvement as the method; the ability to dialogue respecting not only the differing ideas and convictions of others, but also their sufferings; biodiversity that values cultural riches; seeking greater justice; transforming indignation into collective action for changing the world – these were the main values behind the ten projects and initiatives that brought out the vitality of Italian society today.
It concluded with a variety of voices, projects and events that started from the bottom of Italian society, including the sixth edition of LoppianoLab. More than 2,000 attendees emphasised the importance of sharing and dialogue amongst business leaders, politicians, educators, citizens, young people, communicators and local administrators – civil society in its diversity of expressions. 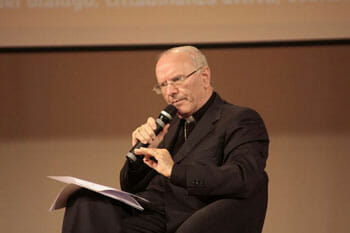 “We cannot surrender to the current crisis. We are here to find some light,” said Bishop Nunzio Galantino, Secretary General of the Italian Bishops Conference, in his opening remarks at the the LoppianoLab promoted by Sophia University Institute and by Città Nuova. The bishop referred to the anthropological thought of the great Italian thinker, Antonio Rosmini: “An idea of the person, an idea of society, an idea of economy. The humanism of Antonio Rosmini.” “Being closed to others and negating relationship means to negating ourselves,” said the secretary of the Italian Bishops Conference as he echoed the recent words of Pope Francis, “it is necessary to recuperate strong cultural input that helps humankind to face the cultural crisis that the world is going through.” He went on to say that the current age with all its walls, contradictions and many existential questions about humankind’s destiny demands a unifying and holistic vision of the human person that is not governed only by science, but also by spirit, relationship and nearness.

The tracks of LoppianoLab 2015
Active citizenship. Lucia Fronza Crepaz, projects coordinator of the Social Training School in Trent, Italy, cited Focolare foundress, Chiara Lubich. Chiara spoke of moving “beyond the fear” when describing the social task of politics: “We don’t wish to do projects ‘for’ the poor, but ‘with’ the poor, because they are actively engaged and the measure for the society that we wish to build.” Chiara spoke of the city as a training ground of universal brotherhood.
President and founder of Slow Food and Mother Earth, Carlo Petrini, echoed her remarks, stating that active citizenship is a generator of new businesses, agricultural workers, and informed consumers. His words echoed Pope Francis’s Encyclical Letter Laudato sì, for which he had written the preface of one of the bookstore editions. “An unexpected opportunity,” he declared. “Anything could have happened to me in life, but I would never have believed that at the age of 67, a pope would telephone me, an agnostic. This is new humanism. We were in need of it. I can think of a no more incisive, visionary, concrete political leader in today’s world than this pope.” Sociologist Mauro Magatti added: “If we do not regain our relational dimension as the distinctive mark of our human condition, humankind is destined to succumb. We need to return to producing values, together with others.” 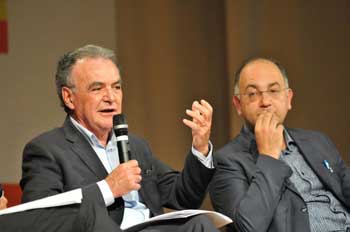 Luigi Bobba, Under Secretary of the Ministry of Social Politics and Work – Luigino Bruni, Economist

Under Secretary of the Ministry of Social Politics and Work, Luigi Bobba, described the current age as a breath of novelty whose energy should be used to give rise to institutions that are able to foster change. Economist Luigi Bruni was in complete agreement as he stated that the minority can change the world, and that they can transform indignation into collective economic and political action.
Diplomat and Secretary General of the European University Institute of Florence, Pasquale Ferrara, remarked: “It is necessary to overcome our Eurocentric outlook when dealing with migration: they are not only a humanitarian fact, but a matter of international politics. Migrants are the tragic testimony of historical mutations. History is moving along with them, as it uncovers all the unresolved knots in international politics. The Universal Declaration of Human Rights was meant for everybody. It creates a second citizenship, so nobody can be considered clandestine or illegal.” 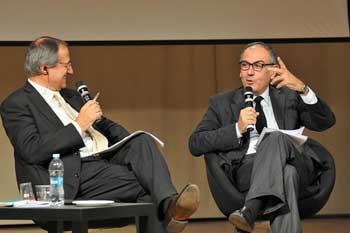 Director of the TGR RAI, Vincenzo Morgante, spoke for the world of communications. He stated: “Through the work of regional news services, I realize the culture of dialogue is already there, but not sufficiently grown. A culture of confrontation often prevails. It would be necessary to talk a bit less about events and a bit more about the stories and about the people that are in them.”

LoppianoLab 2015 concluded with wide participation via social media, but the concrete projects and daily active commitment of thousands of citizens continues on the ground. Through processes of reconciliation and reconstruction, they work to mend a social fabric that is often torn, so that they might not remain a mere assemblage of multiple interests, but more personally and collectively aware.