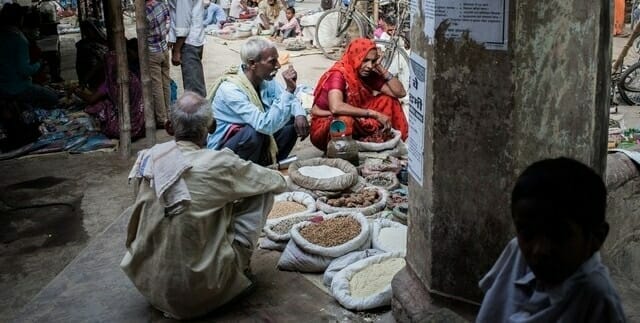 The 2015 Nobel Prize awarded to Angus Deaton for his studies on economic development, wellbeing, inequality, consumption choices and the determination of poverty is a very important sign: after years of the financial crisis, Stockholm and its consultants continued to award economists who had studied and promoted economy and finance that contributed to generating the crisis. In this most important seat of contemporary science and social sciences, the awarding of the Nobel Prize to Deaton has returned to promoting the really all-around social scientists of the world, and advocates of a political or civil science which is at the origin of modern economy.

Stockholm’s policy has been somewhat bizarre over the last years: from 2010 to 2013, while capitalism was running the risk of an implosion under an unprecedented financial crisis, the Nobel Prizes for Economy were awarded to some economists who were among the major advocates of the economic and financial paradigm that was revealing all its tragic limits. It was almost as if during a summer with the highest number of arson crimes ever, the award was to go to those who studied sophisticated fire-lighting techniques. This is why the Nobel Prize this time, and in some way that of last year assigned to the Frenchman, Jean Tirole, could be a sign of a reverse trend since the award to Deaton closely resembles the awards given to Amartya Sen, Joseph E. Stiglitz, Elinor Ostrom and more recently to Eugene Fama and Lloyd Stowell Shapley.

We must not forget that the financial and economic crisis we experienced and are still undergoing, is not independent from the economic theories of the last decade, since unlike the astrophysicists whose theories do not modify the orbit of the planets, economists and their theories strongly impact on economic choices. Over the last years the best of the world’s economic departments were increasingly filled with more mathematicians with increasingly scarce humanistic backgrounds, and experts of hyper-specialised models most of whom were no longer capable of having an overall view of the economic system and thus associate their models with the socio-economic reality.

Besides the award to Deaton following that given to Tirole, this could indicate a return to a more European economic theory, which pays greater attention to the social dimension of the profession, and more sensitivity to the themes of collective wellbeing and not only individual profits and turnovers. This probable dawning will, however, reach its peak if the next Nobel prizes highlight more philosopher economists and less mathematician economists, as once described by the British economist, Robert Sugden, in 1991: “The economist today needs to return to being more of a philosopher and less of a mathematician.” It was an invitation which at that time was hardly noticed by professionals of the sector, but we may still be on time to do so.

Angus Deaton is furthermore, an economist who not only writes mathematic articles but also books. We recommend his latest work, “The Great Escape: Health, Wealth, and the Origins of Inequality,” in which the new Nobel laureate and authentic social scientist and rightful heir of this co-citizen, Adam Smith (philosopher and economist), asked himself whether humanity will, in the future, enjoy a period of progress without inequality, a fundamental issue today when we are paying the price for progress with growing inequality in the world and a decrease in happiness. Economics could return to being a moral, society-friendly science if it will start again to ask itself questions which were too rapidly abandoned to respond to easier queries, less useful to human progress.