Sportmeet in the Balkans: When Sports Unites 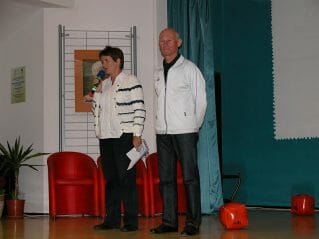 Can sports contribute to building a more united world? Could it become a field of action and a tool for unity among individuals and peoples? These were the queries that sparked up the experience of the founders of Sportmeet, motivated by the sharing of the common passion for sports.

“Since we were not sure we had all the answers,  we scouted out the people and experiences of the sports world that could help us, and through the years were able to establish, specifically three elements that trace the identity of Sportmeet: the high consideration for sports as an important aspect of society; the capacity and objective to unite the most diverse categories of people interested in sports; and the challenge to merge theory and practice in a framework which tends to separate the sports specialists from those who practice it.”  These were some excerpts from the speech of Paolo Cipolli, President of Sportmeet for a United World, which opened the seventh convention organized by the Sportmeet network in Krizevci (Croatia). The intent was to consider sports in dialogue with contemporary society, with the conviction that it can give a specific, stimulating and positive contribution to culture and the construction of active and responsible citizenship. 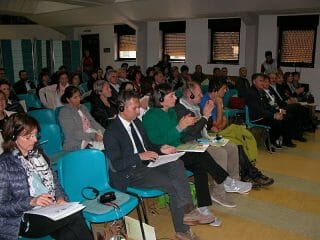 About a hundred participants – deans, teachers of movement control sciences schools, pedagogists, athletes, heads of sports clubs, referees, educators, university students, and sports journalists, most of whom did not declare any religious convictions – coming from various regions of Croatia and Serbia, turned up at the event held at the “Mariapolis Faro” in Croatia from 2 to 4 October. Also present were the local and regional institutions that sponsored the Convention, as well as the national TV channel, local radio, and athlete, Branko Zorko, half-marathon road running specialist and three times world Olympic champion in the 1500-metre race, a native of the place and who has been in contact with Sportmeet for some time now.

The theme of the convention “Free time as a resource for the young generations,” which evidenced the great changes and risks deriving from the massive use of the internet and diffusion of new technologies, was clearly and passionately underlined by Mirna Andrijašević of the Faculty of Motor Sciences of Zagreb.

Alexandar Ivanosky of the private Sports and Health Faculty of Belgrade (Serbia), underlined the importance of the presence of adults, and called all to face the challenge of seeking creative approaches together with the youth who are often alone in facing the powerful stimuli of technology and the social networks.

Milan Čapalija, psychiatrist, and Majda Fajdetić, pedagogist of the Zagreb Ministry of Education, highlighted the various methodologies that promote pedagogic action in reassessing the importance of games and sports. Various interactive workshops ended with a game for boys and girls of the high school in the city’s charming main square.

It was a testing ground and at the same time also an occasion to divulge the typical activities of Sportmeet which centres on dialogue as a resource and essential opportunity to promote a new sports culture.

As a sign of the atmosphere of esteem and trust which has grown over the years, Alexandar Ivanosky (Serbia), underlined the capacity of Croatian sports athletes to excel in team sports and encouraged even greater stringent interaction to share the spirit of fraternity that drives this group in the Balkans and also in other parts of the world.

The convention closed with the announcement of the next Summer School 2016 to be held in the same city of Krizevci from 14 to 17 July.