Gospel into Action: Everyone is a candidate to unity

I was on Bus 45 which I take to work every day, when a man clearly in a bad mood climbed on. People who had realized this moved out of his way and avoided him. I, however, remained where I was and helped him with the plastic bags he was carrying. My day seemed to become brighter. Another day, on the same bus, there was the same man again. As soon as he saw me, he came to greet me. And this continued to happen. Even a very small gesture is enough to let another person, any neighbor whom I encounter throughout my day, feel welcomed and loved. 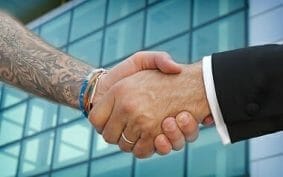 On the train, I was sitting next to a girl and a boy covered in tattoos of a satanic nature. My propensity to look for the positive aspects in others made me think that those two must have a reason for displaying such symbols. After some hesitation, I got up my courage and asked them the meaning of their tattoos. Their eyes lit up. They took turns answering me, but each with the same sweetness: “We are grateful that you asked this question. Usually, people judge us and in the best case scenario, pretend they don’t see us. We aren’t what we seem, we only want to shake up this paralyzed and spineless society.”

A carriage for Jamal

It was Sunday afternoon. Jamal, a Moroccan worker I know, had brought me some apples. Talking with him, I found out that he was expecting a child to be born in December. However, they did not have any of the things necessary for the baby; above all, they would need a baby carriage. After listening attentively to him, an idea came to me: “Why don’t we ask God’s help together, the two of us? God is the same for everyone, you can call him by another name, but he’s still God. He will know how to find us a baby carriage.” Jamal liked the idea. We were in the open courtyard; we lifted our eyes towards heaven and we prayed as follows: “Lord God, we need a baby carriage. Please take care of it.” We were a young Muslim man and a Catholic woman: two different faiths, yet united in the asking. God accepted our prayer: the following Thursday the requested carriage arrived as a gift.