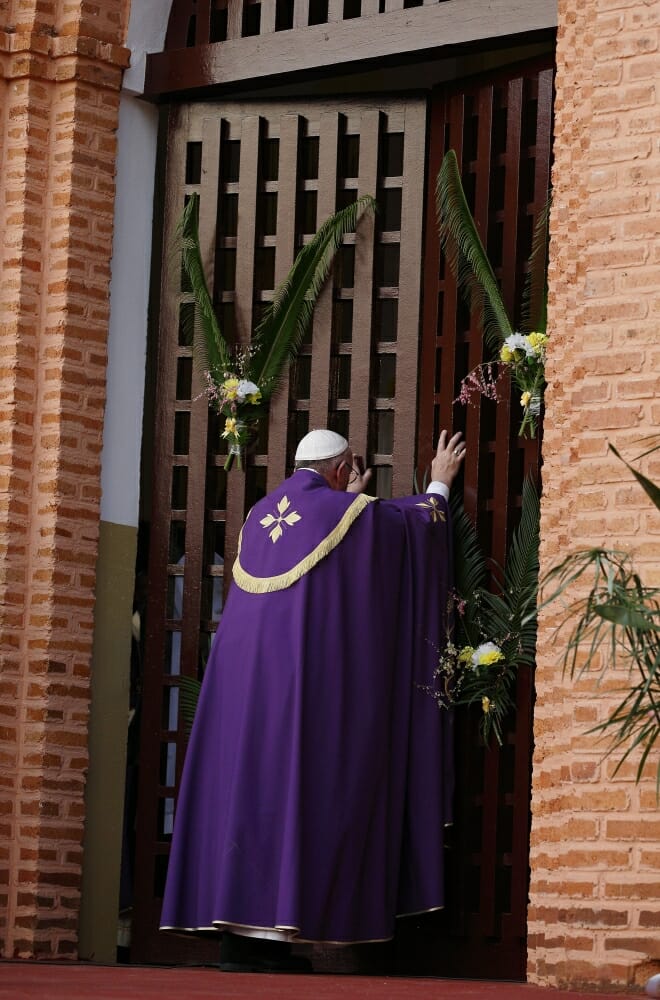 Today Bangui becomes the spiritual capital of the world. The Holy Year of Mercy is anticipated in this land, a land that suffers from several years of hatred and war, misunderstanding and lack of peace. But there are also all the lands that are bearing the cross of war. Bangui becomes the spiritual capital of the prayer to the Father for mercy. All of us ask for peace, mercy, reconciliation, pardon and love. For Bangui, for the Central African Republic, for the whole world, for the lands that suffer from war, we ask for peace!” These were the words of Pope Francis before the opening of the Holy Door in the Cathedral of Bangui, on November 29. Then, in a gesture charged with meaning, the Pope was the first to walk alone through that Holy Door.

While the Pope is still on his return flight we have telephoned Bangui Geneviève Sanzé in Bangui. She is originally from the Central African Republic and is a member of the Pontifical Council for the Laity, and lends her services to the International Centre of the Focolare in Italy. “Nobody could have imagined what happened in the people,” she told us. “He brought back joy to us, peace!” Expectations were high, both on the Christian and the Muslim side: “Now, the man of God comes,” they said. “This is the supreme opportunity that God is sending.”

It was a dangerous journey for security reasons, but “even though everyone was worried and the whole world discouraged it, the Pope wished to come.” “And the people feel that he came for them, not for some task or special event, but as a father who wants to encourage,” Geneviève explained. “He went to the Christians, Catholic and Protestant, but also to the Muslims. All of us prepared for his coming with enthusiasm, Christians on one side and Muslims on the other and the Pope went to everyone. Many thought it would have been better if he cancelled the visit to the Mosque located in a quarter where no Christian can enter. But he went anyway and was outstanding.” 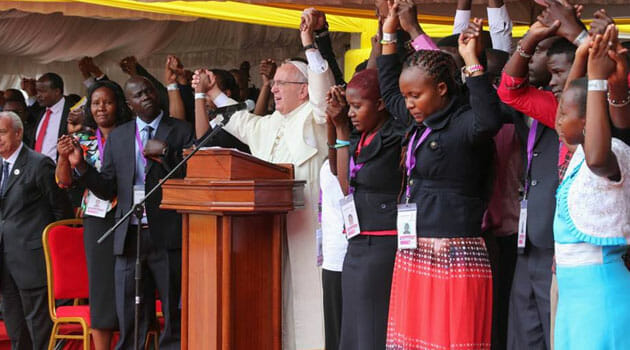 At Mass in the stadium, the Pope invited the “dear Central Africans” to  “look to the future and, strengthened by the distance you have already come, resolutely determine to begin a new chapter in the Christian history of your country, to set out towards new horizons and he exhorted every person to be “an artisan of human and spiritual renewal.” The day before, he recalled: “love for our enemies which guards against the temptation of revenge and against the unending spiral of reprisal,” and also that “everywhere, especially where hatred and violence reign, injustice and persecution, Christians are called to witness to the God who is Love.” With these words in her heart, Geneviève recounted an event that she witnessed with her own eyes: A Muslim man walked in during the Mass, and he was clearly visible holding a sign with the words: “God is great.”  The Christians applauded him and went up to him and embraced him. They want to live what the Pope is asking, this responsibility in love and in mercy; that open door that leads us all into that grace. And they showed it with that gesture.” “When I arrived I found hardened hearts. Seeing the change that has taken place in the people in just two days has been extraordinary. The Pope’s gesture, opening the Holy Door, was not merely a gesture but a life that he himself has testified to, in the mercy with which he reached out to everyone: he brought this love from God to everyone.” 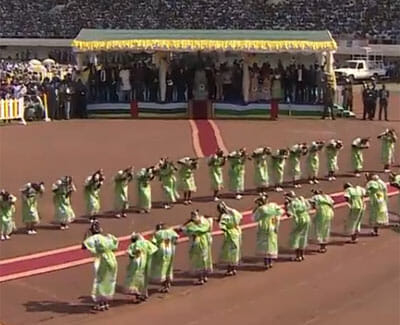 The speech by the Mayor of Bangji (and president of the state of transition),” Geneviève explained “placed before the Pope all the sins of our country, and the Mayor didn’t leave out his own responsibility. He asked for God’s pardon, asking the Pope that with his blessing he would invoke pardon upon the whole nation. With all of this in mind, watching Pope Francis open the Holy Door of Mercy was truly exceptional. He didn’t say much, but he knew how to put his finger on the weak point and launch an appeal to all the nations that produce weapons of war. And he called Bangui the spiritual capital of the world. Listening to a country that has shed so much innocent blood being called spiritual capital of the world, was like seeing God coming down to meet us.