The path to unity according to Pope Francis 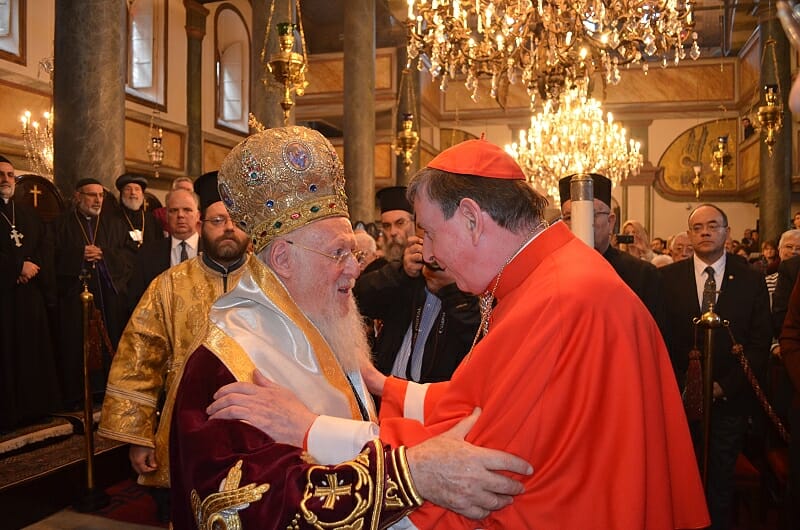 According to Pope Francis, the four tenets of the ecumenical undertaking are ecumenism of charity, concreteness, truth and spirituality. In his in-depth dissertation, Cardinal Kurt Koch, President of the Pontifical Council for the Promotion of Unity among Christians, delineated the objective of the total unity of the churches as the perspective of ecumenical dialogue. According to Pope Francis, in line with his predecessors “divisions are a scandal, and the ecumenical endeavour should, in short, target the common celebration of the Eucharist and reach unity always through the reconciliation of our differences.”

Unity is a journey, and his deep conviction is based on the fact that: “Unity will not come about as a miracle, but as a journey during which the Holy Spirit will achieve unity.” The Pope places as first and foremost, fraternal dialogue in words and actions, inspired by charity: the encounter of Christians of different churches since “the truth is an encounter between persons. The truth is not concocted in a laboratory, but in concrete life, in the search of Jesus who will help us find it.” Theological dialogue is important but is always interpreted as an “exchange of gifts”, which is just a “mere theoretical exercise” but helps us to know the basics of mutual traditions so as to understand, and at times, also learn from them.” Above all, we can cooperate concretely by praying and working together in searching for peace, protecting creation, helping the poor, and defending our religious freedom, marriage and the family. But unity “is primarily a gift of God, which we must always pray for.”


Today, many Christians are persecuted. Why does the Pope stress the importance of ecumenism of blood?

“We have to be aware that in the world, 80% of those persecuted in the name of faith are Christians. There are more persecutions today than in the first centuries of Christianity. This fact should stir up a great solidarity between all the churches because the martyrs are not persecuted because they are Catholics, Armenians, Orthodox, Anglicans, Pentecostals, or Lutherans, but because they are Christians. Their blood does not divide but unites. The martyrs are already celebrating the first communion in heaven, which we need to find once again on earth. They will help us on our journey towards unity.”


After 50 years of preparation, in 2016 the Pan-Orthodox Synod will take place. What effects will this have on the ecumenical movement?

“If the Orthodox churches will regain a slightly stronger unity among them, this will be a great help also for ecumenism and for progress toward the joint celebration of the Eucharist between Catholics and the Orthodox. I am convinced the Ecumenical Patriarch Bartholomew is working with all his heart for this Pan-Orthodox Synod. And we, as the Catholic Church, want to help as much as possible and are praying intensely for it.”


The 34th Convention of the Ecumenical Bishops of the Focolare has come to an end. How will these types of meetings contribute to unity among the churches?

“The ministry of the bishops is a ministry of unity in their own Churches and unity among the churches is, likewise a big obligation for all Christians because this is what the Lord wants of us. And all the bishops want to fulfill God’s will. Meetings like this can help us build that unity, about which the various churches take on different concepts. The endeavour to reach a unified idea through dialogue is very important at this stage of ecumenism. And I am really grateful to the Focolare for its commitment in the field of ecumenism.”

By our correspondent Aurelio Molè