Opening of the Holy Year of Mercy 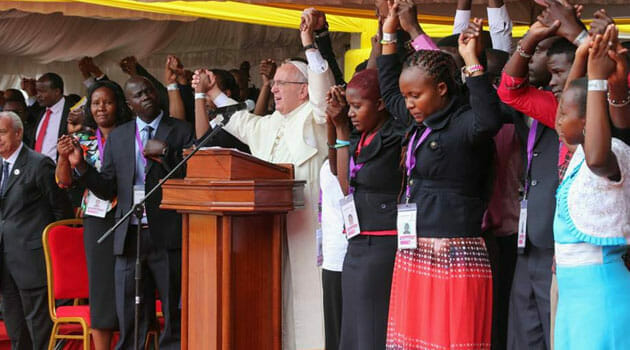 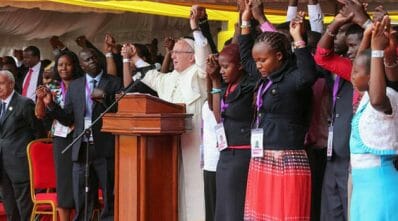 We can still vividly see the images that reached us from Bangui, the capital of the Central African Republic, where Pope Francis demonstrated great courage, and where he opened the first “Door of Mercy.” On that day, 29 November, he said: «Today Bangui has become the spiritual capital of the world. The Holy Year of Mercy was opened in advance in this land which also represents all the countries that are undergoing the cross of war. Bangui has become the spiritual capital of prayer for the Father’s mercy.»

And in referring to the chosen date of 8 December, the Pope explained in the Bull that «This liturgical feast indicates the concrete mercy God has always shown to mankind from the very first dawning of the history of humanity. After the sin of Adam and Eve, God did not want to leave humanity alone in the hands of evil. This is why he ideated and made Mary holy and immaculate (see Eph 1.4), so she would be the Mother of man’s Redeemer. Before the gravity of sin, God responded with the fullness of forgiveness. Mercy will always be greater than sin, and nobody can ever place a limit to the love of God who forgives.»
«On the feast of the Immaculate Conception – continued Francis – I will have the joy of opening the Holy Door. It will be on this occasion that whoever will enter the first Door of Mercy will experience the love of God who consoles, forgives and gives hope. »

But opening the first “holy door” in faraway Bangui is not an amazing novelty, since Francis wishes many doors to open throughout the world, to give all Christians the chance to enter them with the same effects of interior renewal as for those who will enter the door in Rome, the centre of Christendom. In fact, in the “Bull” the Pope continued by indicating that “on the next Sunday, the third of Advent, ‘the Holy Door’ in the Cathedral of Rome, the Basilica of St. John Lateran will be opened. In the subsequent days, the Holy Door in the other Papal Basilicas will also be opened. On the same Sunday, I establish that in the local Cathedrals in every particular diocese in the world, other ‘Doors of Mercy’ will be opened for all the faithful, for the entire Holy Year.».

He requested that this also be done in the Sanctuaries where pilgrims go, and in all the «sacred places where people are often blessed with grace and find the path of conversion.» Every country will thus be directly involved in «living this Holy Year as an extraordinary moment of grace and spiritual renewal.»
The jubilee will, however, be celebrated in Rome «as in all the local Churches worldwide as a visible sign of the communion of the entire Church.»

Read the entire text: The Bull