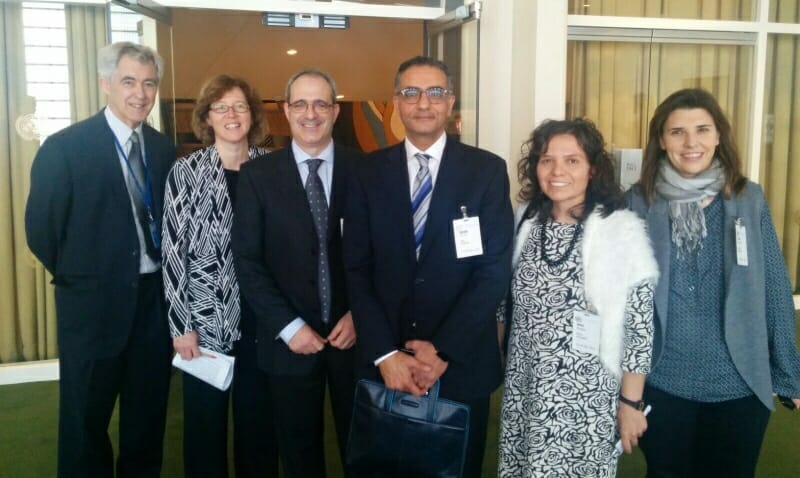 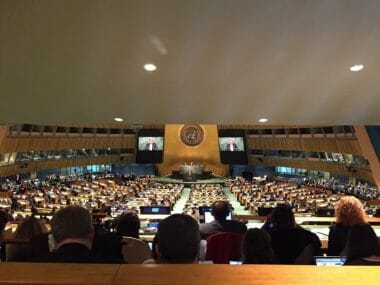 A working session during the conference

Taking stock 10 years from the World Summit on the Information Society (Tunis, 2004): building an information society that is focused on the human person; inclusive and oriented towards development; finding adequate forms of funding equitable development of communications infrastructures; identifying common mechanisms and the effective management of the Internet. How far have we come in the past 10 years?

This was the question the General Assembly of the United Nations tried to answer at the Meeting dedicated to the WSIS+10 on the information society, at the United Nations General Headquarters, December 15-16, in New York. The work of evaluating was complex, with contributions from many analysts. It concluded with a final document that was unanimously adopted by the delegations of different countries. We spoke with Cesare Borin, who attended the forum with the New Humanity delegation, an NGO of the Focolare Movement.

“Ever since WISIS 2003 in Geneva, and Tunis in 2005, the work of the United Nations has adopted a more open approach open to collaboration amongst a variety of players including members of civil society, such as New Humanity, the private sector, governments and international organisations. Already in Tunis we were part of a large group from NetOne that collaborated in experimental projects by the European Space Agency (ESA) and Alcatel. In the years that followed, we took part in several Internet Governance Forum (IGF) events always on behalf of New Humanity, and we established contacts with a number of people.” 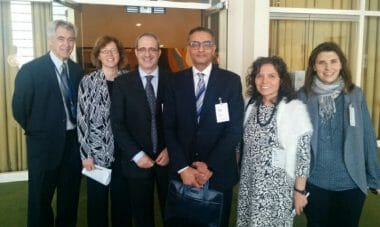 With Mr Fadi Chehade, President of ICANN (centre), a non profit organisation which administers the assignation of top level domains on the Internet.

And now? What is the contribution of New Humanity to the specific topics that were discussed? ”There were six of us on the delegation: myself, a Brazilian, Maria Luiza Bigati; a Mexican, Maria del Rocio Ortega, both computer engineers; Betsy Dugas from the United States, who is also a computer engineer; Joe Klock and Anne Marie Cottone from the Permanent Representation of New Humanity at the United Nations Headquarters in New York.”

In the preceding months, New Humanity had submitted its own contribution to the final document. The document is the result of a mediation process that examined important current issues of today such as terrorism, protecting human rights, protecting individual freedom. Comparing and contrasting a wide variety of sensibilities that each country emphasizes, and finding a common shared point signifies a great and important result. The WSIS has become a place of dialogue, no matter how strenuous, that can enable us to come up with new forms of ‘governance’.”

The International New Humanity NGO has worked on community capacity building projects for over ten years, in the poorest communities of Africa’s Sub-Sahara region, in Asia and in Latin America. . . “Access to information has become one of the basic human rights of our age. Access is just as important as the basic rights of health and education. In our projects the main objective has always been to fully engage the local community, to say that the principles we talk about are not just wishful thinking.”