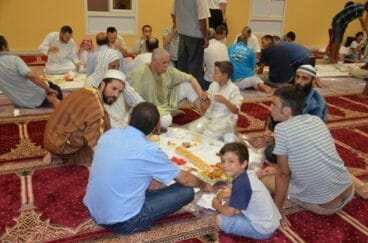 It all began in 2002, when the local community of the Focolare Movement met Mustapha Baztami, the Imam of the Muslim community of Teramo, truly a man of God who was so struck by the spirituality of unity that he has become its tireless promoter.

Since then there have been many moments when both communities came together to share insights and reflections, such as how the Qur’an and the Bible view the family; they also gathered to share foods and flavours and seeing colours and fragrances blend into one, like the people who savoured them.

But the real challenge has been to make a joint experience of friendship and solidarity as Muslims and Christians . One day Mustapha’s wife had a serious accident. The prolonged hospitalisation, also in other cities of Italy, gave the Focolare community the opportunity to stand at their side as brothers and sisters. It was like a contest of love between those who gave and those who received, and that became fertile ground for other initiatives, such as the creation of a literary competition called “Different but one”. For the past fifteen years they have made the weekly commitment to work side by side throughout the whole year.

“Being children of God is what unites us. This is what gives you the freedom to share your story at the microphone, or to simply smile at a joke, or letting a few tears fall without feeling embarrassed,” states Donato of the Focolare. “You look at me without prejudices,” affirms a Muslim woman. 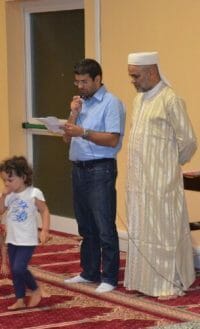 The effects of this dialogue haven’t gone unnoticed in the region. A Catholic association invited Mustapha and Donato to speak at an Islamic-Christian seminar. Things were going well, but the views of some participants regarding women in Islam created tensions in the hall. Mustapha and Donato interceded by saying that their friendship was based on a mutual desire to love which rises above culture and religion, seeking what unites rather than what might divide. “My life has changed dramatically,” says Mustapha, “since I met Chiara Lubich, a white and western Christian woman. She taught me to love everyone and to be the first to love.” From that moment on, the seminar took a different turn. One of the organizers went up to embrace him, saying, “Brother, I have realized that human reasoning is nothing compared to love.”

Summer came and with it the desire to go on a family trip to the mountains together with the two communities. Upon arrival, the Muslim men unloaded flour, meat, vegetables, spices, pots and pans, while the women took their place in the kitchen in the nearby refectory. The Christians were no different: they took out homemade bread, stuffed olives and chicken dishes. As on any outing spent with friends, there were children’s games, chats, couscous, tea, long walks. Though totally unplanned, each moment was precious in consolidating a friendship that had gradually grown deeper. The next day, Mustapha sent a message saying, “… Let us ask God, the Most High, to continue illuminating our common pathways.” When the local bishop was asked to report to the prefecture on the relationship of his Catholic diocese with the Islamic community, he made reference to this experience of true dialogue.