Italy: “Chiara Lubich for fraternity” Award to the Municipality of Asti 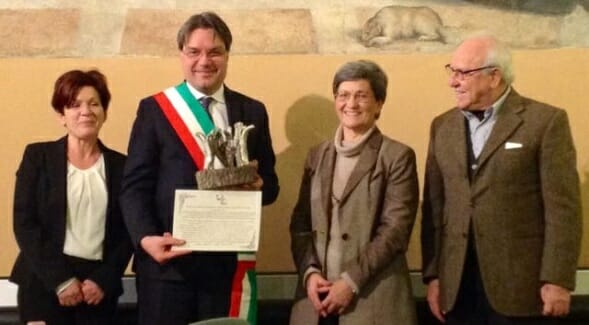 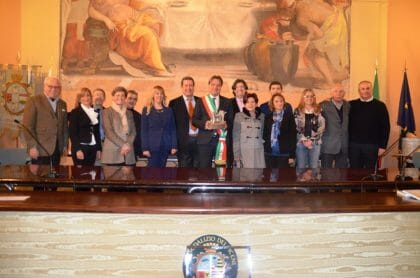 Asti, the Piedmont (Italy) municipality renowned worldwide for its wines and an old pre-Roman settlement, boasts another first: that of being the first Italian municipality to have inserted the principle of Fraternity in its Municipal Statutes, as one of the main inspiring principles. «The Municipality of Asti considers the value of Fraternity as the condition for its political actions, in the common awareness that diversity is enrichment and to which every person elected in this institution is subjected to, and who should thus be recognised with equal dignity and respect and is therefore called to place the good of the community before partial interests, whether personal, of the group or the political party.» This is the text that passed with a unanimous vote on 19 February 2015, and won for the Municipality, the prize awarded in Rome by Mayor Fabrizio Brignolo last 22 January.

How is this inspiring principle concretely practiced by the citizens? At the awarding of the prize, the Mayor of Asti recalled how the Asti community is very active in projects that express the value of fraternity in a concrete way: in the issue of welcoming the refugees with individual projects, a system of social services that targets to involve the beneficiaries in projects of recovery of independence in the employment and social fields, to name a few.

So is the Municipality’s political life very simple? Not at all. A municipal councillor said: «The truth is, despite the fact that our ideals and political and cultural differences will not be eliminated, it also holds that moments of tension and conflicts will not be missing in our political –administrative debate. But it is likewise true that, from today onwards, we have a reference point and an extra precious tool that pushes us to seek the grounds for sharing, and in which we can exercise a serene approach to the building of fraternity. It is certainly a difficult challenge which we intend to win with courage and confidence. »

The prize of the association, Cities for Fraternity, was awarded last 22 January by the president, Milvia Monachesi, Mayor of Castelgandolfo, together with Alba Sgariglia and João Manuel Motta of the Chiara Lubich Centre of the Focolare Movement, during the convention entitled, “Can Fraternity become a norm?” emceed by the journalist, Gianni Bianco, in the capital’s Hall, Pio Sodalizio dei Piceni (watch the live shoot ). Of great significance were the speeches of Prof. Filippo Pizzolato (Bicocca University, Milan) and Tiziano Vecchiato (Scientific Director of the Zancan Foundation, Padova), and the round table of the experiences and conflicts of the Municipalities that have inserted the principle of fraternity in their statutes: Asti, Bra, Grottaferrata and Rocca di Papa.

Other honours were conferred to three other Municipalities:
• Special Honours for the City of Rocca di Papa, which had launched the project of United Cities for Fraternity: «From darkness to light: “Wednesdays in the village”» with the mission to “enlighten the outstanding features and reunite hearts and minds” of the inhabitants – both Italians and of other nationalities – of Rocca di Papa.
• Special Honours for the Municipality of Tolentino for the project, “Tolentino – city for fraternity” and the organisation of the “Fraternity Dinner,” a traditional event with the cooperation of the voluntary associations and citizens, where the funds collected were assigned to the poor people in the municipality.
• Special Honours for the Municipality of Grottaferrata for the insertion of the value of Fraternity in the Municipal Statutes, as the condition for political action, unanimously approved by the Municipal Council on 27 April 2015.