The Syrian Church refuses to die 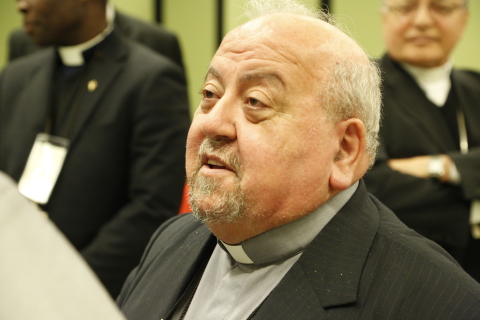 Peace as a prerequisite to any other action in favour of Syria: is the opinion of Bishop Samir Nassar, Maronite Archbishop of Damascus, during the convention of the Bishop friends of the Focolare held in Castelgandolfo from 23to 26 February, on the eve of the ceasefire in the Country. It is Bishop Nassar’s second time to attend this event on the hills of Rome and he said: “the first meeting had enriched me so much that I decided to return… I come from Damascus, a place tormented by violence and war, and this is a break which allows me, with my brother bishops and the attention of the Focolare, to look beyond, and have a more global vision of the future of the world, the Church, and Christians in the Middle East. Thus it is fraternal support which this event gives me, for the life of my diocese.”

In the face of the war conditions his country is undergoing, Bishop Nassar forcefully stresses that “the Church of Syria refuses to die and is holding onto the hope of concrete signs. In 2015, for example, we started to build three chapels precisely when the people were leaving, to imbue hope to the faithful in the outskirts and where people no longer came to the cathedral for security reasons. We keep hope alive also through the vocations: there are young priests and seminarians who arrive, and this a sign of vitality and hope for the future.” 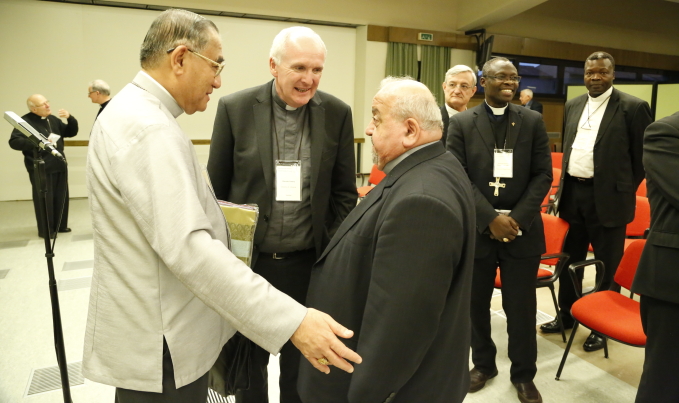 The Archbishop expressed his gratitude also for the work of the Focolare Movement, that continues to be present in Syria despite the conflict: “For what I see in Damascus, the Movement is really doing an excellent job with the youth, families and children – he affirmed. It encourages the people to see the future with faith and hope: this is support for the community, a sign of the Spirit that helps us pursue this path.» Also in this regard, the news of the arrival of a new focolarina in Damscus «is another sign that in Syria there is a Church that looks to the future and is not afraid to die. Your presence is a sign of hope and renewal, and I thank you all so much». It is a sign which is even more important in a country whose «people are tired of the war, suffering, and poverty, and the news is not encouraging. Our mission as the Church and as the Focolare is to give courage.”

As to the international communities, Bishop Nassar saw with regret that “the world says it is very concerned about Syria, but each one says so in his own way: so much so that in the end nobody really is working for the interest of the Country.» And he launched an appeal: «Stop the war. If the war does not stop, all we are doing is useless. Let’s bring back peace and then rebuild charity and love of the Church. As Pope Francis himself says: the poor do not have a religion, only man counts. We are first of all awaiting steps towards peace, the rest is secondary.”