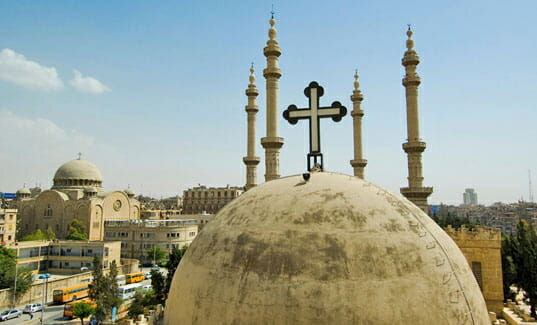 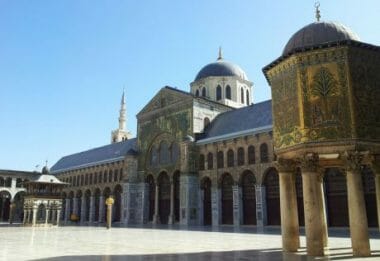 Aleppo, March 8, 2016. I woke up at four in the morning to the sound of bombs and wasn’t able to go back to sleep. I tried not to believe my ears. No, it can’t be true, Lord! More bombings! Just as we were beginning to hope things would get better, that the electricity had returned after 5 months and the water after 45 days! Why? This ceasefire was supposed to last and become permanent! My pleadings rose from the depths of my soul to the Lord of History, asking that this truce which was announced a week ago for all Syria would become permanent.

But the sound of fighting on the frontlines that divide the city of Aleppo in two only increased, with the sound of loud explosions that are easily heard at night. While waiting for the sun to rise and for calm to return, as I continued praying I thought: “Of course, we all want Peace, but do we really believe or think that it is achieved at such a high price? There are people who think that war is the path to follow! They’re prepared to sacrifice not only their own lives, but also those of others because they believe this. And there are powers that make a profit on everything that’s happening, so they don’t want the war to end and; indeed, they continue to pour gas on the fire. 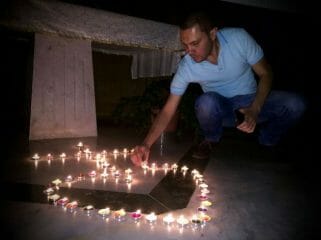 And we, the ones who believe in great ideals, in living peaceful and civil lives with respect for other cultures – do we truly believe it? And what price are we ready to pay? Frankly, the war in Syria is not a small matter. Who would have the courage to destroy a country that 6 years ago was growing with life and hope, where Muslims and Christians of different confessions and many other ethnic groups lived at peace with each other? Surely these destroyers are not single individuals.

An answer by Chiara Lubich to some of our Muslim friends in 2002 came to mind. They had asked her about the hope that love and peace would win out over the war. She answered by citing the September 11th attacks: “Terrorism is a fruit of Evil (with a capital E) against which human strength will not suffice [. . .]. The forces of Good (with a capital G” are required [. . .] the forces of God’s Love. And so, what do we have to do? Prayer! We have to unite . . . all of us who are for universal brotherhood . . . unite to pray that terrorism will be overcome. And we can do it, because Jesus says that wherever two or more are gathered in His name, in His love, whatever they ask, will be done for them. And we are far more than two or three [. . .] Let us leave here with one idea: We are together, let us unite to pray. But that’s not enough. The main cause of terrorism is this indifference in front of a world that is half rich and half poor. They would like – and they’re not wrong in this – for there to be some communion of goods [. . .] some solidarity. We have to change hearts. Only if we carry out the work of universal brotherhood will we be able to convince ourselves and others that we should also put together our goods. We’ll begin amongst ourselves, but then the ideas begin to rise all the way to the Heads of State. We need to have this certainty: that with God, impossible things become possible; that with God – beginning with the brotherhood amongst us – we’ll reach the great goal: to make humanity one family [. . .]. This is our objective.” 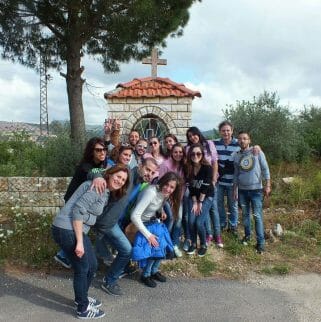 We shouldn’t delude ourselves. We shouldn’t wait for others to do something. We’re also responsible! If we truly believe that God can overcome Evil and that He listens to us, then we have to pray to the Father without ceasing, with the faith that He will help us; otherwise, we commit a sin of omission. Everybody remembers the time the bombings stopped over Syria, thanks to the influence of the prayer and fasting of the Pope and many others. And God heard us! And so He can hear us again. Let’s do it then – and always – until the reign of Peace comes not only in Syria, but in the whole world.