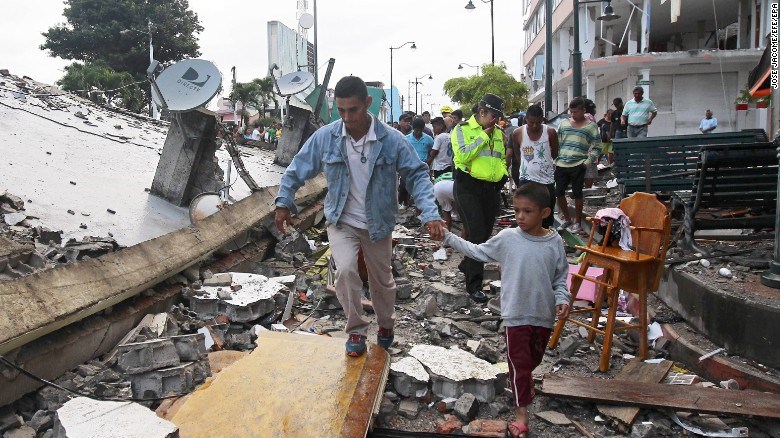 “Our country’s coastal region was hit by a severe earthquake with a magnitude of 7.8 on the Richter scale. It was felt throughout Ecuador, and also in several regions of Colombia and northern Peru,” write Fabian and Ardita from the Focolare community in Quito. “The situation is critical especially in several devastated cities.”

“The solidarity of the people was prompt and concrete: people risking their own lives to help others; testimonies of the many people who lost loved ones; but in the midst of all the suffering there is also the strong-felt faith of the people. It’s quite moving and inspires us to believe in His love.”

In response to the emergency in Ecuador the Focolare Movement has launched a fundraiser while a study is underway to see what can be done locally on the ground.

News has also arrived from Focolare communities in Nagasaki and Tokyo  (Japan): “For two days the country has been immersed in an atmosphere of ‘suspense’ because of the earthquake on Kyushu Island, in the regions of Kumamoto and Oita. The situation has activated an immediate solidarity effort and prayer in both religious and civil sectors.” Local authorities have already made arrangements to welcome the nearly 184,000 displaced persons.

How you can help: Donations sent to the accounts below will be managed jointly by the Associations Action for a United World (AMU) and Action for New Families (AFN).

How you can help: