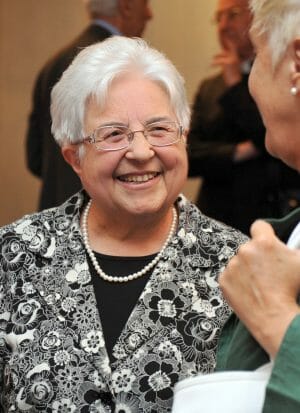 What do you feel about Pope Francis’ words on the possibility of reactivating the ancient tradition of women deacons?

«I think that any openness Pope Francis shows to a greater involvement of women in the life of the Church, and also in its “leadership” roles, is a blessing.  This does not mean that I am for or against the diaconate for women.  I am however certainly in favour of an in depth study of the question, so as to understand better what might be the role and functions of deacons in general and whether women might have a place in this type of ministry. At the moment it seems to me that the role of the deacon, as it is practised, is more about helping the priest than the community.  If instead this ministry were to be practised and recognised more explicitly as service to the community, also having the opportunity to proclaim the Gospel, to administer sacraments that are not reserved to the presbyterate or to the bishop, or being able to manage a parish community, I believe all this would be in itself an important sign of greater openness.  I don’t see why women should be excluded a priori from these roles.»

Can the vision of Church-as-communion help in discerning this matter?

«I believe so.  I am very much in favour of a study on the diaconate being done by a specifically designated commission because I believe that, precisely because decisions on the subject would be important, setting up a working group goes in the direction of the synodal approach which the Pope has established for all the most important matters in the Church.  This means not only and not so much trusting in what the Pope considers to be good, but above all trusting in the experience of the Holy Spirit at work which we are aware of when addressing a problem together, in communion.»

In reality, women already do a great deal in Christian communities…

«Countless women have always done much to support ecclesial communities in various roles: bringing the Eucharist to places where priests are not able to go, reflecting on the Gospel, presiding at “liturgies in the absence of a priest” or undertaking administrative roles in parishes and even dioceses, without there being any need for a special title…  If all that these women already do in local churches were recognised officially, I think this would indicate an openness and show that the life of the Church was being conducted in a more communitarian way.  As well as being in favour of study on the diaconate, I am grateful to this Pope who wants to include women more, and more decisively, in the ongoing reformation of the Catholic Church that he has begun, by recognising what is distinctive in women and allowing them to serve the Church and humankind through their specific gifts.»