Promoting alternatives to capitalism in Cuba 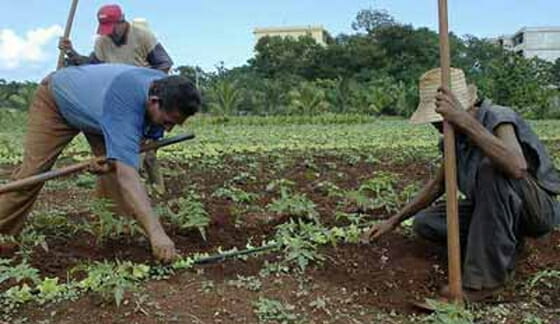 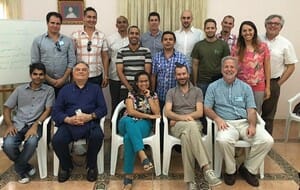 “Although the challenges are many that the Caribbean country has before it, it seemed to me that the Economy of Communion (EoC) was just made for Cuba” said United States EoC business owner John Mundell while speaking at the conclusion of an event on April 29, 2016 in Havana. There were about thirty people including representatives of local cuenta propismo (self employment) training groups, members of discussion teams examining new socio-economic proposals, entrepreneurs, accountants, as well as people with a general  interest in the topic.

In addition to the aforementioned business owner from Indianapolis and member of the EoC International Commission, there were also representatives from Italy: Gaetano Giunta and Steni di Piazza from the MECC (Microcredito per L’Economia civile e di comunione) , Francesco Tortorella and Francesco Marini of the Projects Sector of Action for a United World (AMU).

In his opening address, Apostolic Nuncio, Archbishop Giorgio Lingua recalled the invitation Pope Francis extended to the youth during his visit to the island in September 2015: “Live ‘social friendship’ so that you’ll be able to discern together how to implement it and help others to live for the common good.” “Very appropriate words,” thought Paola Montetta who was one of the organizers of the event, “given that we had Christians and non-believers who had Socialist training, and all of us moved by the desire to live a lifestyle of communion.”

After an overview of the Civil Economy, the Economy of Communion (EoC) was presented that included a description of the novelties and challenges it poses, placing the human person at the centre of economic action, particularly the vulnerable and the needy. The experiences of the entrepreneurs from the EoC showed that “despite the pressures, it is possible to pursue a lifestyle of communion in business, respecting the productivity and the environment, while, at the same time, you become generators of reciprocity and communion inside and outside the business.” 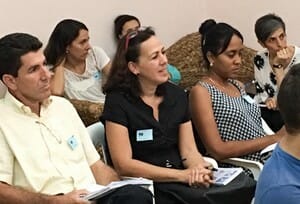 These are certainly important topics especially in view of promoting possible alternatives to the offensive from capitalism, particularly given the current economic situation in Cuba. The experiences of MECC and AMU in the field of social projects which it promotes around the world, have opened new horizons that make room for important and fruitful dialogue.

“The meeting turned out as was hoped: as a multiplier of reciprocity and experiences of communion and as an incubator for ideas and proposals,” said Paolo Monetta. And John Mundell: “During the return trip I was on a plane with a lot of American business people, individually invited for “People To People Travel” – all of them intent on discussing business opportunities that are opening in Cuba. If I’m on a plane filled with American capitalists, I said to myself, then this time the EoC is moving at just the right moment!”

The next appointment will be November 2016: “With the goal of involving those who want to create synergies with us in favor of communion and in view of a more just and united world.”