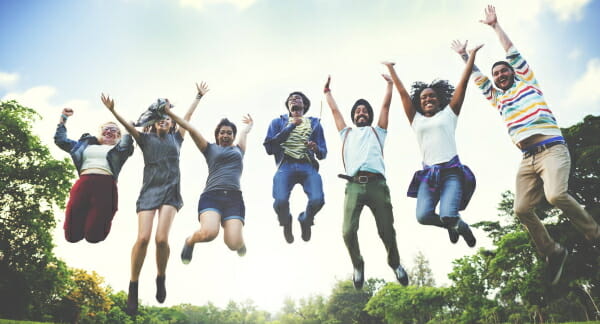 Five hundred young people from around the world will meet online for a World Peace Conference For Young People The idea emerged from the synergy between Living Peace and its peace education projects for children, adolescents and young adults in 113 countries and Peace Pals International, an expression of the World Peace Prayer Society (WPPS), which is associated with the United Nations (UN). The project is supported by Fuji Declaration from Japan and several international organizations.

Inspired by the Fuji Declaration, 14 Christian and Muslim speakers from 14 countries took turns online last April 30th to make known their views in favour of peace, which they backed up with concrete experiences of acceptance and reconcilliation that give credibility to their claim that world peace is  possible.

Edward’s presentation about his exprience of the earthquake was particularly significant. He is a member of the Focolare from the Philippines and was linked from Ecuador where he had had been in direct contact with earthquake victims. Sherook from Syria also offered her testimony about what she was living through in her country. After telling about the situation in Syria, which is still very fragile and dangerous, she was unable to hold back her tears, which produced an enormous impression and feeling of empthy in everyone. Her tears also triggered very touching words and offers of support from two Muslim young people who were online: Omar from Egypt and Abir from Morocco. The conference was an opportunity to present United World Project and its SignUpForPeace inititiative.

Jules Lamore, coordinator of Peace Pals International and member on the committee that organizes the events for World Peace Day in the United Nations, telephoned from New York to congratulate us for the online conference. Two young people were awarded scholarships at Miami University of Luxembourg.

The General Coordinator of Living Peace, Carlos Palma, was invited to present the conference at the Seat of the European Parliament in Luxembourg during the World Peace Forum on May 24-25, 2016. In 2015 the Luxembourg Peace Prize had been awarded to New Humanity, an NGO of the Focolare Movement.

The World Youth Conference of Young People plans on holding four Conferences a years. The next event is planned for June 25, 2016 with young people from movements and organizations that are engaged in peace work. The third edition of the Conference will be held in Florianopolis, Brazil, at the Peace Forum For Young People (September 22-25) during which Peace Pals will present a gift to the city, a peace obelisk. The fourth Conference, on prospects and commitments for the coming year, is scheduled for December 2016.