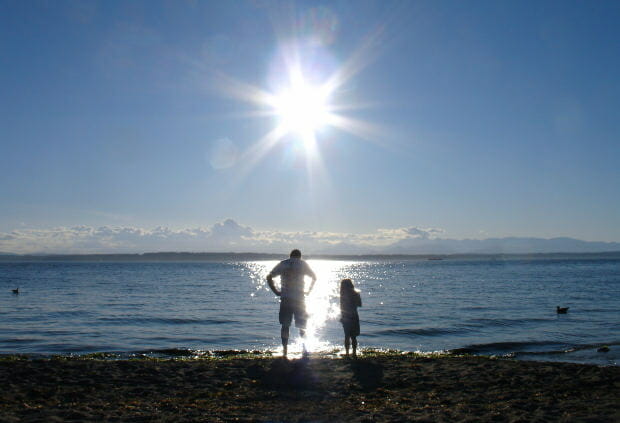 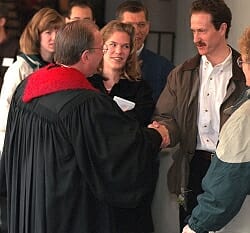 Pastor of Mercy
“To begin the Year of Mercy with a concrete gesture, I asked forgiveness of the members of my parish in case they didn’t always feel loved by me, and I invited them – those who wanted to – to come up and shake hands with me as a sign of our agreement to see each other with new eyes. A long queue was formed, and I was able to exchange a few words with every person. The next day, a parishioner who had not been there came to ask me if I would repeat the gesture because it had touched so many people in the village that it was still having lots of consequences.”  (I. S. Hungary)

Sharing
“I’m nearly blind. The person who helps me to study had given me 1.220 shillings to buy the medicine against malaria. On the way to the pharmacy I met a poor woman who told me about her need. To help out, I gave her 200 shillings. Shortly afterwards, in front of the pharmacy I met another woman who was in dire financial straits: She didn’t have the money to buy the medicine that was necessary for her. I saw Jesus in her as well. So another 200 shillings went to her. But now I was short 400 shillings for my own medicine. Certain that God wouldn’t fail to help me in my need, I went into the pharmacy just the same. Inside I met a friend whom I hadn’t seen in a long time. I shared my need with him and he insisted on giving me 500 shillings: more than what I needed.”  (R. S. Tanzania)

At the Public Washhouse
“Many of us were washing clothes at the public washhouse when a blind man arrived with two bed linens, a shirt and a turban that needed to be washed. I asked that we make room for him. Since no one wanted to move, I turned to him and said: “Baba, give me your things. I’ll wash them.” The others began to laugh. Before going away, pleased with the washing I had done, he gave me his blessing and also a small piece of soap that he had been jealously guarding. No one laughed anymore; on the contrary, they had begun to lend things to each other and offer help to one another.”  (F. R. – Pakistan) 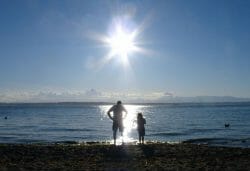 Failed divorce
“It wasn’t easy to make Susanna accept my decision to ask for a divorce, especially because I intended to move to another city with the woman I had begun a new relationship with. After the initial refusal my wife’s attitude changed. I was shocked by her great dignity and didn’t understand where she was getting the energy to treat me so well in spite of my betrayal. This thought took away my peace. One day I invited her out for lunch at a restaurant: I wanted to know. With simplicity she confided to me that she had discovered God’s love through a group of several Christian friends she had met. God always loves us despite our infidelities, and He’s close to us in the hardships of life. That’s all it took to make me change my idea. Susanna and I had begun again.”  (L. M. USA)