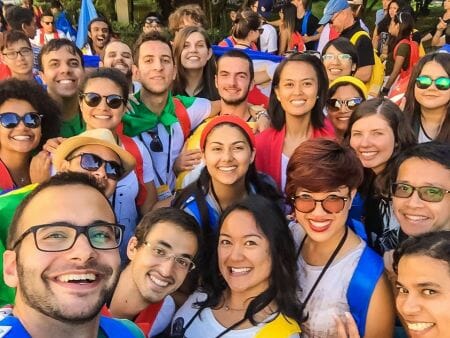 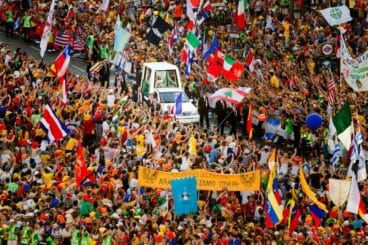 There was much enthusiasm, a desire to know more and to be protagonists of their future at Jasna, Slovakia on August 1-6. “We could never have dreamed that it would be like this. If we refuse to content ourselves with just being comfortable, if we are not couch potatoe Christians, then we will really be able to be protagonists of history,” said young Annita from Argentina when it was time to leave.

“The courageous proposals that were offered by Pope Francis at WYD called for an immediate response, but also an understanding that would develop over time and that’s what we tried to do here at Jasna,” explained philosopher Gianluca Falconi. Along with theologian Michel Vandeleene and psychologist Antonella Deponte they offered a multi-disciplinary approach to the Pope’s proposals and how they could be implemented.

Francesco from Krakow talked about fighting the fear of spreading peace in a world so filled with hatred. He talked about the value of mercy and of the Cross, of the obstacles that have to be overcome in order to encounter Jesus. But how could these challenges be translated concretely into daily life? The days together in Slovakia offered an opportunity to go into details, to examine the reasons behind things, to ask questions about one’s own life. The internationality of the group provided the possibility of a comparison with other parts of the world: from Lebanon to Australia, from France to the United States, from Russia to Ukraine.

The organizers explain that “One of the strongest topics had nothing to do with the existence of God or the big questions of life, but the relationship with the other, the relationship with diversity. These were the themes around which the discussion developed. What came out were issues of a more personal kind, the innate value of each one of us, the chances and the difficulties that relationships with an other can represent, with an enemy, with someone who thinks differently.” 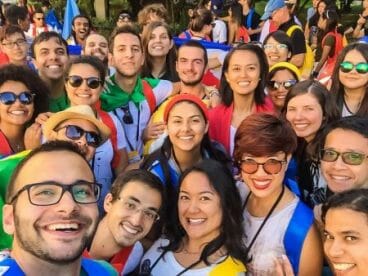 All the questions were based on personal experiences, like that of a young man from Iraq who highlighted the difficulties he is facing in relating to people from his own country. For some, a move in the direction of “the other” proved impossible. Therefore, smaller discussion groups were formed and also opportunities for personal conversations that were more spiritual, psychological or sociological. There were also discussions about the relationship with oneself,  autonomy, personal dignity, feelings and open-mindedness.

Another topic was the future: choosing a direction for one’s own life. This topic was discussed in a mixed group made up of teenagers, university students and workers, Christians from different Churches, agnostics, non-believers. They spoke in 13 languages and came from a variety of backgrounds, quite a diverse crowd, but alike in their thirst for truth. “It’s not the usual way young people present themselves in today’s society,” commented Gianluca who has had long experience in the field of education. Carla, an Italian remarked: “I’m 15 years old and there were people over thirty in my group. It’s beautiful because I had something to compare myself with, to ask for further explaining and feel assured.” It was an interweaving of generations, languages and cultures: “Philosophy isn’t very appreciated in my own country, because the approach to reality is different,” explained Antoine from Lebanon. “But I’m glad to be able to know other ways of thinking that are different from mine.”

The young people take home with them an experience of fraternity that is the antidote to evil. Anna from Milan admits: “The Pope told us to never stop dreaming, and what we’re living now is a dream come true.”