Summer School on “Communion and Law” 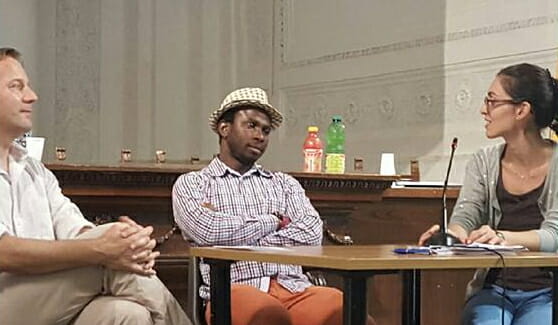 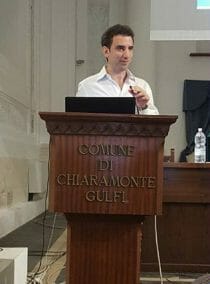 “We live in a world where anxiety and fear are inwardly and also physically destroying us. Let’s try together to bring about a rebirth of goodness and constructive relationships in the pursuit of the common good. I know we’re only like a small drop in the ocean, but just think of a drop of dye when it’s added to a bit of water: the water moves towards the colour of the dye.” This is how Manfred, who attended the Summer School, summarized the event that was organized by Communion and Law in Chiaramonte Gulfi, Italy.

The final report, which was framed by the university professors and young people themselves, highlighted the deep connection between the lack of protection of the environment that is sometimes the result of “invisible wars” and many armed conflicts – and the subsequent immigrations.

Apollos, a Nigerian refugee, brought us into the dramatic experience of being refugees, helping us to make our own their expectations for justice and finding hope for them. The FO.CO. Cooperative that operates in Chiaramonte Gulfi and in other Sicilian cities is one of those roads of hope. Its goal is to obtain diplomas and jobs for refugees, and help them integrate into society. The Chiaramonte experience is bearing fruits in peaceful lives.

The dialogue with public institutions was also important. We were received in the Council Chamber of the City of Ragusa where the president of the City Council and some councillors took part in an open discussion with us about the situation of the environment, recycling and citizen involvement in public institutions.

We were struck to hear Pope Francis speak at the WYD about the same topics that we were discussing: the war in Nigeria, the struggle for natural resources; the walls of fear, the need of a new culture, the courage to build bridges beyond our differences and relationships that are respectful of the dignity of every human being. Our own diversity was enriching: not all of us at the school were legal experts, and this allowed for an open and not exclusively technical discussion that was more accessible to the young people.

One philosophy teacher remarked: “I think this summer school is a good synthesis, the way it constantly connects theory with daily life. This synergy seems very important in my opinion: theory is useful, but then it needs to be married to daily living.”

Christian, the young lawyer and Deputy Mayor whose efforts had largely led to the success of the Summer School, concluded by saying: “It was possible to hold the school here, thanks to the work and precious contribution of many people, and it is something that should continue. It was an experience that went beyond every rosy forecast and that has left a mark: ‘seeds’ of a new culture. This opportunity to meet with other young lawyers was a moving professional experience for me. Their serenity, their sense of duty…. In such a fast-moving world, this is the real challenge: to share ourselves with others.”