The “Spirit of Primiero” and Peace Among the Peoples 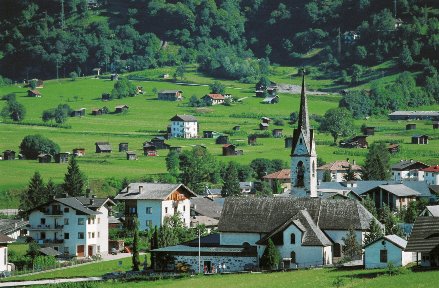 In 1959 the last of the earliest Mariapolises (cities of Mary) was held in Fiera di Primiero, Italy. The Mariapolis is probably the Focolare’s most characteristic event in which young and old people of all backgrounds spend several days together for an experience of fraternity in the light of of the universal values of the Gospel. Nowadays Mariapolises are held every year in an increasing  number of countries, presenting the Golden Rule in a variety of cultural settings.

On August 22, 1959 when the Cold War was in full swing and setting the Western Bloc in opposition to the Soviet Bloc, people from 27 countries who were attending the Mariapolis decided to consecrate themselves and their people of their nations to Mary. Their act of consecration was recited in nine languages and made that small “people” at the Mariapolis realize that the life of unity which was revealed and experienced in Primiero was destined to spread throughout the world.

Today’s “clash of incivility” and the chaotic relations between states highlights the significance of that 1959 proposal. On August 27-28, 2016 the newly assembled Municipality of Primiero hosted a conference titled “Peoples in the Human Family”, which had as  speakers Lawyer Gianni Caso, honorary president of the Supreme Court and Vincenzo Bonomo, director of the Law School at the Pontifical Lateran University.

“Peace among peoples is the order that is willed by God,” Chiara Lubich  said. And she entrusted the peoples of the world to Mary, not the states. She entrusted them to Mary as their defender, because the peoples of the world have the right to be defended. “Now, we no longer have a Cold War,” Bonomo acknowledges, “but there is a cold peace which is perhaps worse, because it is peace or a presumption of peace that is not based on shared values.”

What remains today of that 1959 consecration? The proclamation of those principles is still as timely as it ever was as we try to find our way on the difficult geopolitical landscape of today’s world. For the speakers at the conference it remains the method for interpreting the facts; it remains an important means of the vision of a united world, which does not abolish the differences but celebrates them.
Today there is a desire to rediscover the prophetic values that were sanctioned during that August of 1959, and the people at this year’s conference have shown zeal and determination to do that. One local politician, the Mayor of the Municipality of Primiero said that the Mariapolis of Primiero should not merely be a tourist attraction for the valley but, with its values, finally change our life.” There is need to make Chiara Lubich’s legacy grow and change Primiero into a laboratory of brotherhood among peoples. This process has also been seen in the recent not-so-easy unification of four municipalities: Fiera di Primiero, Siror, Tonadico and Transacqua. They represent four small “peoples’ that for the sake of the common good chose communion.

Those that who had lived that experience 50 years ago talk about “having planted seeds that still need watering.” During the discussions a connection was made between the “Spirit of Assisi” with its relationships among religions and the “Spirit of Primiero” with its relationships among the peoples of the world. On the morning of Sunday, August 28, 2016 the 1959 act of consecration was recited again in the same crowded church of Fiera di Primiero. It was a festive sign of a newer, deeper and more responsible idea of what peace means.
By Roberto Di Pietro