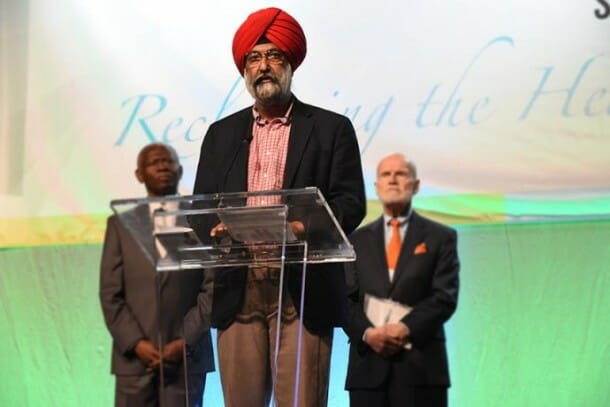 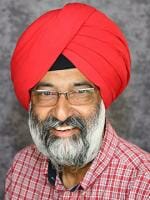 A decades-long untiring worker for interreligious dialogue, peacemaking and scientific work in environmental sustainability, Dr. Tarunjit Singh Butalia has been selected as the 2016 recipient of the Luminosa Award for Unity. An honor presented since 1988 by the Focolare Movement of North America, the Luminosa Award recognizes institutions or persons who have given a significant contribution to the building of universal brotherhood through their work in ecumenism, interreligious dialogue, and other aspects of social life.

Dr. Tarunjit Singh Butalia is a scientist based at The Ohio State University. He has served admirably by leading groundbreaking interfaith initiatives with the Sikh community worldwide and on the boards of the Parliament of the World’s Religions, Religions for Peace — USA, North American Interfaith Network, and the Sikh Council for Interfaith Relations, among additional local and regional endeavors in his home state of Ohio such as the Interfaith Association of Central Ohio.

Noting Butalia’s contributions to the field of interreligious relations, the Focolare recognizes his efforts to facilitate stronger ties between Sikhs and Christians, which was reflected by his initiating high-level dialogue between the U.S. Sikh community and the U.S. Conference of Catholic Bishops.

“It is an honor to receive this Focolare award focusing on unity,” Butalia told the Parliament of World’s Religions after receiving the news, and added, “In a world being increasingly divided along ethnic, religious, social, and class lines, it is imperative for people of faith and conscience to come together in solidarity to hold up the love we share for our fellow neighbors and citizens of the world. Our faiths call upon us to be peacemakers — it is time we step up to the challenge and walk the talk.”
The award will be presented at the Focolare’s North American center Mariapolis Luminosa in Hyde Park, New York on September 18.