The “pink boutique” behind bars 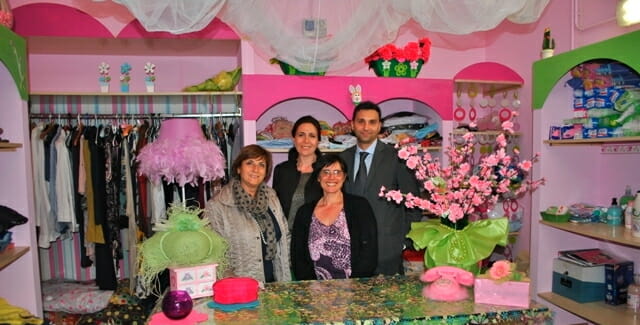 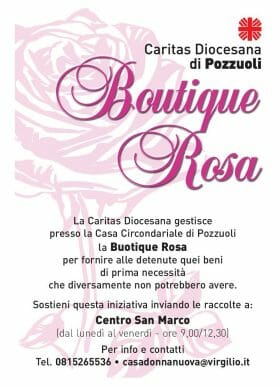 In 2011, Maria Clara who had just retired,  transferred her services to the women’s jail of Pozzuoli (Naples-Italy), a huge jail, and one of the most overcrowded in Italy. Struck by the cries of pain that reached her ears from the barred windows, she discussed it with her friends of the local Focolare community and 25 of them (boys, girls, families…) decided to respond to the appeal. In collaboration with the diocesan Caritas and other Movements, the group thus immersed themselves into that suffering humanity behind bars.

It was not an easy experience, but one that led to refine, in the name of mercy, every gesture and word, so as to be really that presence of love the world awaits. Each one became more aware that they did not go there to “absolve,” judge, or just to carry out social work, but only to give love, focusing on the reconstruction of the person. And probably because of this attitude, very soon they saw the positive aspects emerge in each person.

“When I get out of here I want to be a new person,” one of them confided. And another said: “Now I know what it means to be a Christian, and I want to live by the Gospel, loving my cellmates, even if they make life impossible.” Still another said: “I understood that the real help comes from Jesus in the Eucharist and not from the “power–wielding people of the world.”

This flow of light and grace was not earned with a magic wand. It was the fruit of continual attention to the needs of the inmates, helping them to rediscover their own dignity through living the Gospel. It consisted in going with them to Sunday Mass, enlivening it with songs, and placing oneself at their disposal to renovate the chapel. It meant asking and obtaining the permit from the jail administration to organise a series of workshops on health education, cooking, yoga, sewing courses, etc., in the Family Home “Donna Nuova” which hosts women under alternative detention regimes.

One of the things the inmates needed – not expressed but which immediately came to the fore – was self-care. This inspired the establishment of the “Pink boutique,” a free facility within the jail, with pink walls, curtains and coloured shelves in contrast with the greyness of the cells. It is a point where the inmates, often abandoned or far from their own families, can weekly receive products for their personal hygiene, clothes, underwear, etc., and in short, all that serves to boost their own self-esteem. In the meantime, they could talk to one another or to the wardens and listen to each other’s difficulties, to comfort one another in their regret for not being able to care for their children at home, thus building really close relationships. It was also the occasion to share big and small joys, such as a reduced prison sentence, an unexpected visit, and the steps taken in starting again.

All of them are from different ethnic groups and cultures, and belong to various Christian churches and religions. “I remember an Orthodox woman,” Maria Clara recounts, “who during the Unity of Christians Prayer Week, wanted to contribute with a prayer-song. Crying, she told me that she was offering the immense suffering of her prison term for the unity of the churches. We then went to Naples to meet her husband and five children, with some aid for them.

We share this experience with some people belonging to Christian churches of various denominations, with which  an ecumenical dialogue was opened in the diocese. This was exactly what they were waiting for! Now also four evangelical sisters have started working with us. Thanks to them, inmates of various churches have established really close relationships that at times, continue even when they leave the jail.”