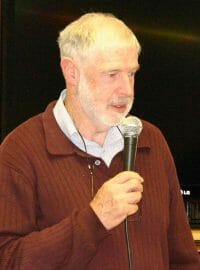 “Some years ago I was meeting with a group of men trying to live the Focolare spirituality of unity. We saw together that we could do something concrete for our society. One of us knew a place for homeless alcoholic men called “The Way”. These men had been living on the street but were now too old or unwell to cope any longer. Working there as a volunteer, I got to know these guys really well. They had no pretensions. They were still drinking and came to sleep and sometimes eat.

I got to know one Irish chap really well. Paddy was his name. He was a very nice man, but he just could not stop drinking. He had fought with the British during the war and like many ex-servicemen he could not cope with normal life. He told me once that during the war he used to aim at the enemies’ legs so he would not kill them. One night, he became very ill while I was sleeping over at the centre. I was really conscious that Paddy was unwell. I rang one of the Jesuit priests who supported us and with whom I had a good relationship. He came in and gave Paddy the last rites. When he passed away, we prepared Paddy for his burial. Washed and clean, Paddy lay between us. It was a sacred moment. I could not help saying, “He looks just like Jesus taken down from the cross”. This suffering Jesus was now at peace.

Subsequently I met Peter, a doctor at St Vincent’s hospital who used to call in and help the men in any way he could. I got on very well with him and we shared our experiences. He told me that the hospital wanted to start up a place where people could safely come off alcohol but in a non-medical environment. Peter asked me if I would be interested in running this new facility.

After seeing it my wife and getting three years’ leave from the Australian Public Service, I applied for the role and was given the job at the drug and alcohol clinic. Over time I developed a close relationship with the staff and director of the clinic and with the hospital board. After a lot of community consultation we opened the centre in an old pub in Fitzroy, an inner suburb of Melbourne. Filling the staff was very interesting. My assistant was a trained nurse with a lot of experience in this area. After consulting widely, we chose the staff who were a mixture of trained professionals and ex-alcoholics. These ex-alcoholics were wonderful people. Because of their own suffering and experience they understood where the admitted clients were coming from and how they were suffering during the withdrawal stage. 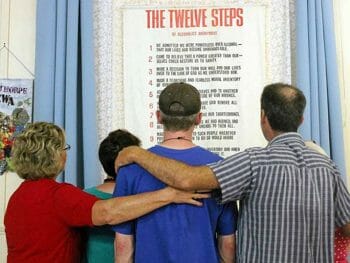 They were a very spiritual people and working with them, I felt a real bond and a sense of unity of purpose. These ex-alcoholics were very honest with themselves and with each other. Nearly all of them had obtained their sobriety through Alcoholics Anonymous which is a 12-step program. They were ruthless in their self-assessment and refused to give in to resentments and negative feelings. It was a real privilege working with them.

At one stage I felt there was a lack of patience with repeat clients. Workers in the field of the homeless and destitute really felt comfortable with the way we respected their clients and used to send people to the centre to sober up. However, this meant that once they were rehabilitated they would often return to their old ways. This was difficult for the ex-alcoholics who invested so much in helping people to recover. In listening to them, I was able to share a maxim I had learned from Chiara Lubich – “to see each person new” – and to live it each time they came into the unit. I emphasized that when people came in again looking for help, we had to see them as though we were seeing them for the first time, even if they had been in many times before. Most of them managed to do this despite the pain it caused them. We had a victory when one fellow, who had a record number of admissions and who was treated by us as a new person each time, suddenly saw the light and gave up drinking altogether. To everyone’s amazement he went on to achieve long term sobriety and even started to help other people!

Throughout this experience, I came to see the importance of suffering and the role it played in people’s development. By loving and accepting each person as they were, we were able to be more human in the way we responded to any situation.”