Consecrated life: “Wake up the world” 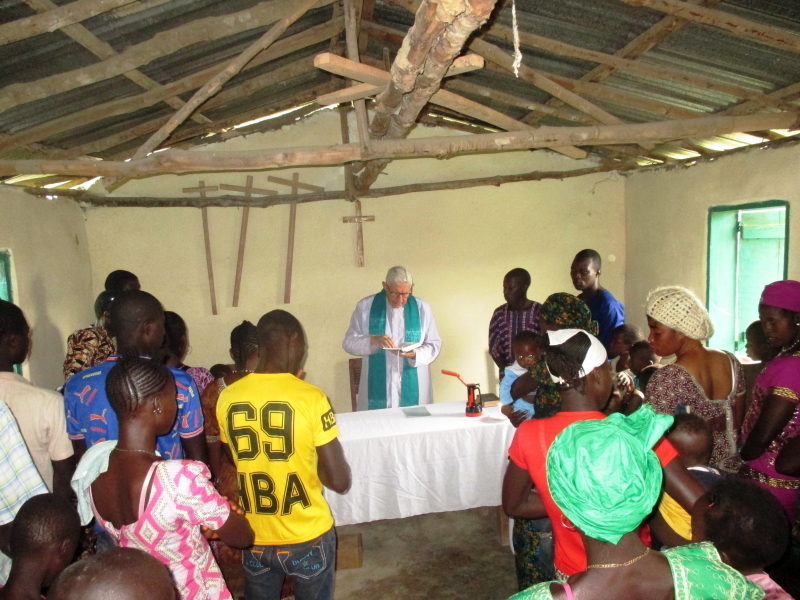 The first initiative of the Evangelii Gaudium Centre, created in Loppiano (Florence) to become the “Church that goes out,” is a qualification course in collaboration with the Sophia University Institute entitled, “Wake up the world.” This compelling slogan describes precisely  Consecrated Life that will “Wake up the world,” in which consecrated persons with their radical choice of life, concur to restore true fraternity and communion in the world.

It is the story of Fr. Antonio Guiotto in Sierra Leone: a Xaverian missionary. He had adhered to the  spirituality of the Focolare ever since he was a student, and  is now celebrating his 50th anniversary of priesthood, most of which was spent in the African country, and out of which around ten years (1991 to 2001) were in the frontline of a terrible civil war which terrorized and devastated Sierra Leone. And though like other foreigners he could have returned home, Fr. Antonio decided to remain in Kabala to share with its people all the events, helping them to continue believing in God’s immense love, despite everything.

Very soon, he and Fr. Carlo, a congregation brother who also lived the Focolare spirit, created a small group that tried to live the Gospel and share their life experiences: a flicker of hope that lit up amid so much hatred and violence. But also Kabala was invaded by the rebels, and so the two religious – foreigners, and easy prey to kidnappers – took refuge in the woods. Despite the dangers, his people helped them with food and water, and in turn were supported by the light and hope which the two religious instilled in all.  When there was no longer any imminent danger, they opened their homes since the missionary house had been completely destroyed. The family that hosted them shared the little they had, and the two religious gave a hand in the house and with the children. After a month, the couple asked to become Christians and for the children to be baptized. In the meantime, however, the situation started to worsen again. Squads of rebels roamed all over Sierra Leone and the two Fathers had to move to Freetown. It was a forced transfer which became an occasion to sow the Gospel also in the capital. 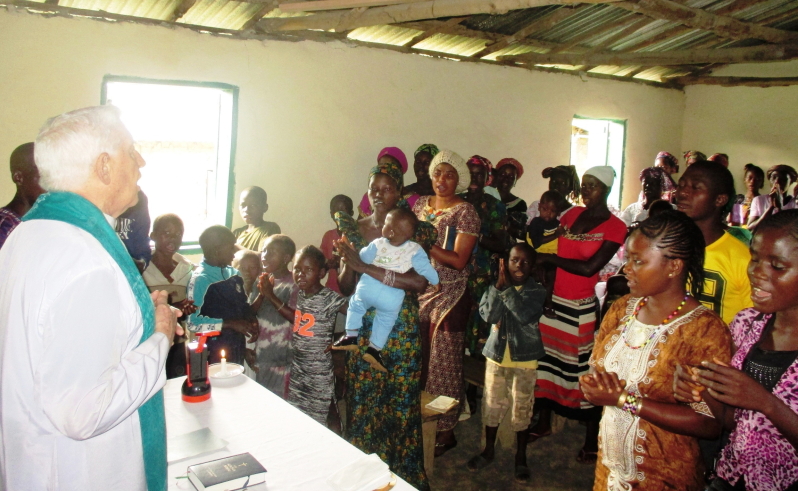 In 2000, an attempted coup d’etat further put their lives at risk, so much so that the Italian Ambassador decided to transfer them immediately to Guinea on a small plane. Despite these adversities, the spirituality of the Focolare transmitted with their lives, progressed in great leaps. The minute they could, a three-day Mariapolis was organized with 170 people, among which was also the Bishop of Makeni.

«I can truthfully affirm – wrote Fr. Antonio – that the promise of Jesus that “Whoever has left their home, brothers and sisters, father or mother, children or field in my name, will receive the hundred fold,” had fully come true. In my mission I found that fathers, mothers, brothers and the hundredfold in this life was a deposit for that which would come. New Christians were born, many couples were married in church, and new Focolare communities arose in Freetown, Makeni, Kamabai, Kabala, and also in the remote villages. New churches and Catholic schools were built. After a period passed in Italy, the Lord has now granted me the grace to return to my beloved Sierra Leone to continue to give my life for my people.»

From October 2016 to March h 2017, the course of the Evangelii Gaudium Centre addressing educators, tutors and students of missionary pastoral theology, will provide monthly, a two-day  session during which the lesson will alternate with practice exercises, in order to become – as the brochure says – “experts of communion” who like Fr. Antonio, “wake up the world.”

The October session concluded with around 20 enrollees, and the second will take place from 13 to 15 November. The course directors are two personages of great academic experience in Rome: Sr. Tiziana Longhitano sfp*, Rector of the Pontifical Urbania University and Fr. Theo Jansen ofmcap*, Professor of the Pontifical Antonianum University.