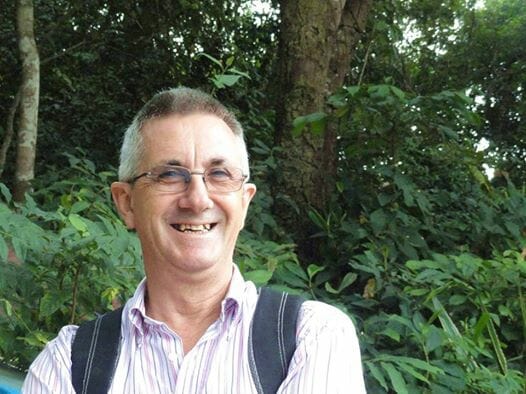 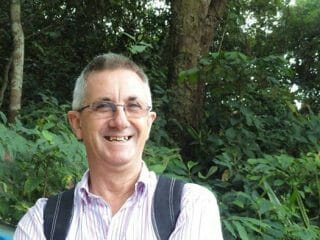 Sensitive to social problems, as a youngster in Portugal, Paulo fought poverty and human degradation in Lisbon’s poorest quarters. Unwilling to tolerate such inequality, he decided to fight with a group of extremists but soon realized that he couldn’t go along with everything they stood for. Still open and in search of answers he distanced himself from them. He met some young people from the Focolare and learned that they also wanted a revolution, the revolution of the Gospel that leads you beyond yourself and your comforts and places you at the service of others. This process led Paulo to make an even more courageous decision. When he finished his studies in economy, he felt called to leave everything and become a disciple of Jesus and, after a period of formation, he entered a focolare community as a consecrated member of the Movement.

In 1977 he was transferred to Africa: first to Nairobi, Kenya and then to Kinshasa, Democratic Republic of Congo. Paulo shared joys and sorrows with his new brothers and sisters, challenges and enthusiasm as well as the love and wisdom that the Congolese so much appreciated in him. On one feast day they compared him to the hummingbird, a totem symbol that represented the joy of living, likeability, the ability to adapt and to know how to respond quickly to stimuli,   resilience and the light-heartedness that is able to outdo negativity. Paulo managed to enculturate himself so well with the African people that he became a true son of Africa. It was as a son of Africa that the people of Congo wished to honour him and bid him farewell as they learned of his sudden death on September 12, 2016.

Masses, periods of mourning and prayer vigils were held in several parts of Congo while the funeral was being celebrated in Portugal. “We wanted to testify to all that Paulo had shown us in his life,” they write from Kinshasa. “Therefore, after the Masses that were celebrated in several places in Congo, on the weekend we continued, not weeping over Paulo, but celebrating with Masses of thanksgiving and testimonies. It is what is required by Congolese culture. We bid him farewell with dance, a typical drink and a small cake. In Kinshasa the ceremony was held on the campus of the Petite Flamme School, one of the social projects that Paulo had taken part in. After several testimonies, a traditional ceremony took place in which he was added to the list of the ancestors. A hole was made in the earth – which is usually made in front of the departed person’s home – and some palm wine was poured in as the following words were pronounced:
“Here we all are to thank you for the time we spent together. And since you lived according to the teachings of the ancestors, behold, our clan now takes you as a model. We promise to live as you lived. We know that you have reached the village of the ancestors. We ask you to come now and share in this palm wine with us as a sign of our good memories. We hail you and ask you to greet all our dear ones that are in the village of the ancestors.”

“How is it possible not to hear in these words an ancient expression that hearkens the communion of saints…” asked the focolalrini from Congo. “… an expression of the ancient wisdom that harks back to the communion of saints that joins earth to Heaven … and the love that continues to join us after  death?” Paulo was so deeply enculturated with the Congolese that they wished his final farewell to be an expression of ancient traditions and the Gospel. Love prevailed over the fact that a strong young man should die – which is traditionally a sign of evil manoeuvring because of that man’s enmity, his guilt that had to be avenged.”

The words of one couple were particularly meaningful: “With your arrival there above we feel that we’re not poor anymore; on the contrary, we’ve become even stronger. You were truly close to all of us, a true apostle of unity, a great seeker of God that knew where to find Him: in your sisters and in your brothers.”