Inauguration of the Evangelii Gaudium Centre 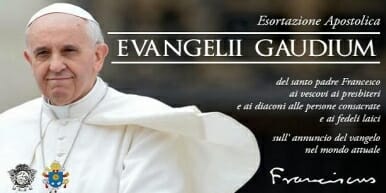 A first initiative already  launched in October, well expressed the dynamism and creativity of the new Evangelii Gaudium Centre (EGC) which, even before the official inauguration, broke the ice with a course for educators, animators and missionary, pastoral theology students, entitled “Wake up the World.”

This new Centre arose from the synergy between the Sophia University Institute (IUS) and the Focolare Movement, particularly the Presbyterians, deacons, seminarians, religious men and women, Parish and the Diocesan Movement directly involved in the ecclesial world. It was thus an already active Centre, which celebrated its first day of public life last November, taking the occasion to explain its mission: to give enthusiasm, orientation and content to the work of pastoral renewal of the evangelisation the Church is called to perform today. It is a commitment which the EGC intends to undertake as a response to Pope Francis, drawing inspiration and its name from “Evangelii Gaudium,” his apostolic exhortation.

Through courses, conventions, seminars, symposiums, workshops, and scientific meetings, the EGC wishes to be a “place of thought” solidly bound to the synod stylelines gathering together all those spiritual inspirations and experiences generated by Chiara Lubich’s charism of unity. And it aims to do so by focusing on formation, studies and research within the framework of ecclesiology, pastoral theology and the missions, spiritual theology and the theology of charisms in the life of the Church today. 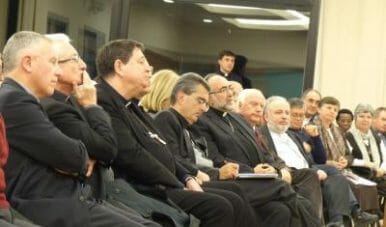 The important EGC objectives were highlighted by the Focolare President, Maria Voce, in her welcome speech and that of the Co-President, Jesús Morán: to promote and support projects and activities of formation along the lines of Vatican II in communion with the other charisms of the Church, in the perspective of ecumenical, interreligious and intercultural dialogue. These objectives were deeply echoed also in the greetings coming from the General Secretary of Italian Bishops, Bishop Galantino, and the Grand Chancellor of Sophia, Bishop Betori, Archbishop of Florence.

The working session of the inaugural convention was opened by Card. Joao Braz de Aviz, Prefect of the Congregation for the Institutes of Consecrated Life, and Archbishop Vincenzo Zani, Secretary of the Congregation for Catholic Education. Sophia University Rector, Prof. Piero Coda, was instead given the task of describing the aims of the new Centre, followed by Prof.Tiziana Merletti (former Mother General of the Franciscan Nuns of the Poor). «The challenge consists in giving a contribution to that change of paradigm in culture and relations between ecclesial communities and civil society – declared Piero Coda – which our time demands, and to which the prophecy of Pope Francis repeats with force, that the time has come to start with faithfulness and creativity».

In the next round table there will be a confrontation between exponents of the worlds of politics and sports, represented by Massimo Toschi and Damiano Tommasi, on the long awaited epochal historical transition of the Church which has been called to investigate and gather the expectations and hopes of society today.