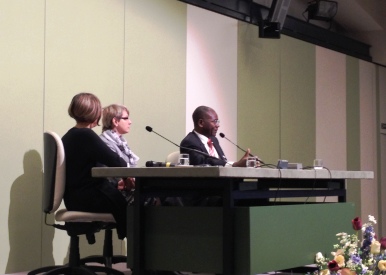 The objective of the convention was to «Review the various professions involved in the sector of justice – magistrates, lawyers, chancellors, university professors, prison staff, law enforcers – and discover the path to be pursued together, with the active participation of all the “actors” of the multifaceted relationships involved». The international congress promoted by Communion and Law (CeD) and New Humanity, was held last 26 and 27 November in Castel Gandolfo (Rome).

The presence of a film director in a meeting on justice may have seemed to be quite unusual, but in his moving testimonial, Fernando Muraca succeeded in describing the experience of a prison staff in the Penal Institute for Minors of Catanzaro (Southern Italy). This was a documentary filmed entirely by the youths of the Institute, and the fruit of a commitment translated into a “cinema project” that transformed the young inmates not only into actors, but into people who have given a new meaning to their existence. Muraca is also the author and director of the film The land of Saints in which he faces the reality of the mafia’s organized crime.

During the two days of intense dialogue among the various operators working in the field of justice, the discourse oftentimes stressed the concept of human dignity, and the intrinsic and inestimable value of every human being, in the conviction that also legal relationships can be lived in the spirit of fraternity and the quest for true justice. 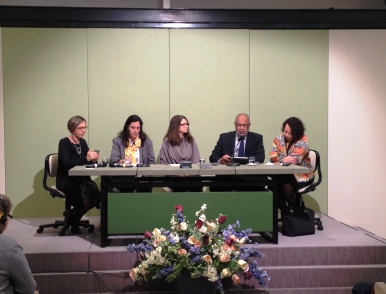 The rich and varied programme also deepened particularly current themes such as the protection of unaccompanied minors and political asylum applicants, relationship with jailees and protection of the victims. Dr. David Shaeed (magistrate in Indianapolis), Atty. Alba Doto (Boston), Atty. Endy Moraes (Fordham University, New York), and Dr. Luciane Barzotto Cardoso (magistrate of the Federal Court of Porto Alegre, Brazil), reviewed the current laws in various parts of the world, and elaborated  the methods of  pursuing the research and study paths initiated for some years now, also enriched by concrete implementations.

Among the speeches was the video presentation of Maria Voce, Focolare President, the first woman lawyer of the Court of Cosenza (Italy), entitled Justice and the common good in the perspective of universal brotherhood. In a passage of her speech, Maria Voce explained: «Today, in the light of this “piecemeal World War III,” the tragic destructions, wiping out of every right and respect for peoples living in war territories, and  closure of the borders to migrants, fraternity is the only answer, and the commitment we are called to give is to build it even with small actions, infinitesimal drops that may, however, enlighten the night.».

The working sessions according to professional sectors evidenced the need to facilitate a confrontation within the various professions without losing sight of the entirety, to develop a dialogue among the operators and share know-how and experiences of the various activities developed in the field of Law.  A significant note was the presence of the youth and the deep involvement of students.

One of the most heartfelt testimonies was that of Roberto (former convict), and Alfonso, who has been working for some years in the Rebibbia Jail (Rome) to give a concrete hand to the families of the prisoners. Roberto did not hide his emotions in presenting his experience before such a qualified public, and ended by requesting the civil community to facilitate and promote the difficult employment and social reinsertion of ex-convicts.

The next event will be for the youth in the Summer School 2017.