Is there meaning in suffering? 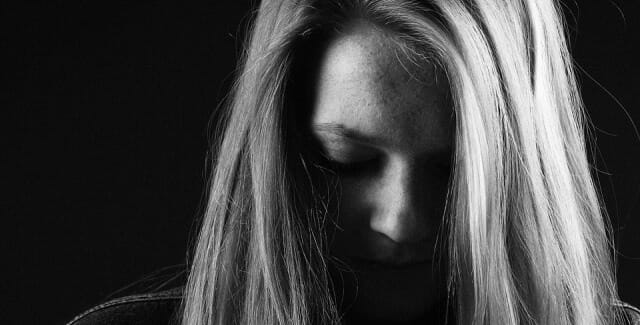 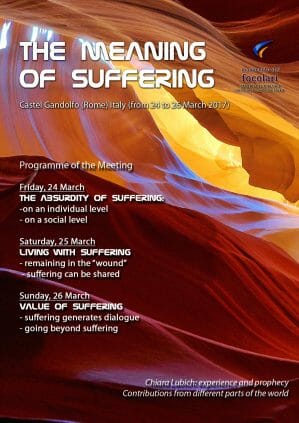 Agnese Fermo is a mathematics professor from Milan, Italy; she is married and has two children. She is also a member of the International Commission of the Centre for Dialogue with people of the Focolare that have no religious affiliation. We asked her to tell about her experience of the past several years engaged in this open dialogue and to present the upcoming conference titled “Is there meaning in suffering?”

“I attended the international gatherings on this dialogue at Castel Gandolfo and other gatherings where we went deeper into the spirituality of the Movement. Right from the start we perceived the importance – for each one of us – of this communitarian experience that Chiara Lubich was offering to us. Dialogue, besides being an expression of the gift of diversity, was also a tool that enriched our thinking. I’ve belonged to the “dialogue group” in Milan for about 15 years. The need and desire that each of us had for dialogue made us feel that we were necessarily part of the human experience of a whole sector of humankind, and carriers of part of the truth through the relationships that we were building. But this experience couldn’t remain enclosed in a group: it was the trace of a path for each one of us to follow, besides for the Movement itself. We felt like we had to step out of structured groups, especially after Chiara left us.

In Milan this has taken place, but with the many people with whom we’ve shared this experience – both members and non-members of the Movement – the relationship has remained deep and real.

Regarding the upcoming conference titled Is there meaning in suffering? I believe I can say that we haven’t fixed any particular goal. I think this is because of the need we feel to give space to dialogue, not so much in the sense of comparing thoughts on the theme itself (there’s a lot of literature on this topic! And it’s often avoided as a topic). Rather, we’d like to create a space in which we can welcome people that have such a different religious sense towards life, a space capable of giving enough breathing room to this other portion of humanity that we represent, we who have different religious convictions.

But there is also the desire to offer a communitarian experience, even if only for three days, to live within a dimension of mutual freedom beyond affiliation, in which each one of us can offer their our experience and innermost feelings on such a delicate topic as suffering.

Personally, I wouldn’t know what the meaning of suffering is. I haven’t found an answer that has been able to express the mystery contained in that question. As I wonder about it whenever I visit the women’s prison, made me discover the value of my presence in that place as a time of sharing made up of mere moments, of the solitude that marks the pain of those women that I encounter. From them I’ve receive precious gifts and discovered the value of the embrace that that sharing contains which, although brief in time, brings to life our being [gifts] for each other.

Knowing how to ‘stay inside the wound’ – which for me, means to say, being called to accept whatever life has in store for me in that moment – there’s submission in front of what you can’t avoid, [submission] to the suffering that we’re all asked to go through.”