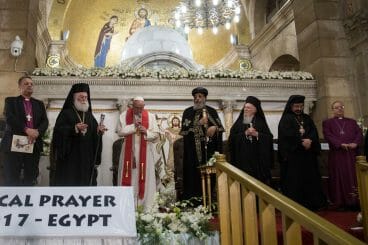 Sami is program manager at the Jesuit Cultural Centre in Alessandria, Egypt. He was involved in the organization of this important and courageous visit of the Holy Father to his country, which held the attention of the entire world, also because of the risk of new attacks. We ask him how the idea for this trip was born.

The pope had been invited to visit Egypt several times. The first invitation was offered by Patriarch Tawadros II when he went to the Vatican on his first foreign visit on May 10, 2013. On the way back he spoke of “brother Francis” and instituted May 10th as the “Feast of Catholic-Orthodox Brotherhood,” which I was in charge of with a an Orthodox friend who works with the patriarch, for the 2015 and 2016 editions. We then realized how great the desire of the patriarch was to go forward with this relationship. The ecumenical prayer service with five patriarchs and two leaders from the Evangelical Churches was held in the church where one of the attacks took place. The pope spoke several times about the “ecumenism’ of blood” that unites us. It should be mentioned that this year, because of the attacks, we didn’t celebrate Easter, but the visit of Pope Francis was a reconciliation, a great gladness, a true Pasch. 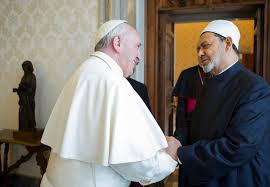 The second invitation was offered by President Al-Sisi when he visited the Vatican in 2014. He’s trying to bring ahead a culture of peace, not without difficulty. But the pope went beyond the politics, in depth. The third invitation came from the Grand Imam of al-Azhar in 2016. On that occasion the pope gave the Encyclical Laudato sii in a gesture of seeking what unites us. In my opinion it was quite courageous of the Grand Imam to offer this invitation, given the precedents. The pope’s speech at al-Azhar University was important, perhaps a beginning. Now I think time will be needed and courage to face the more delicate questions and in order to delve more deeply into the history as well . . . Now it’s up to us Egyptians to get working and moving forward.” 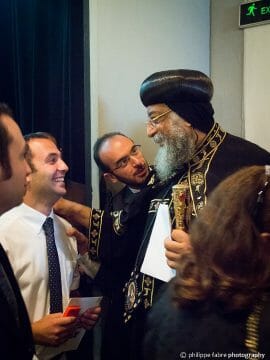 Besides these important events Pope Francis also met with Catholic men and women Religious, priests and seminarians.
“He spoke to them about how a pastor should act. The Catholic community in Egypt is a minority (less than 1%), yet it’s an important reference point when it comes to interreligious dialogue, often because of the Religious: with their lifestyle, their openness to dialogue. Then it is our specific with the ‘dialogue of life’ and the help of the spirituality of unity. The week before the pope arrived, the parents of Blessed Chiara Luce Badano were here. Chiara Luce was a young person from the Focolare Movement who died at the age of 19 because of a tumor. The Catholic Church has held her up as an example of holiness for young people. Her parents travelled around the country presenting the life of their daughter who is now a Blessed. Their visit concluded with a meeting of 1500 young people who were preparing the Mass with the Holy Father. The most powerful moment of the night was getting to know the life of Chiara Luce.”

In your opinion, what can change because of this brief but intense visit?
I think new inroads were opened for us to follow, especially in interreligious and ecumenical dialogue. Now there’s more faith in the pope and in the Church. So I think it will be easier to move forward. We need to remain open, even though, I think, we’ll need time to ‘digest’ and understand deeply what the pope said in his various speeches.  During the mass, in the homily on the disciples of Emmaus, the pope himself underscored how they spent in understanding the Risen Lord event. After this event we also feel like those disciples whose ‘hearts were burning’ because of their great joy.”