Beyond dialogue: thinking together 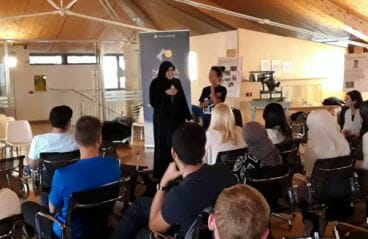 A summer school in the Primiero Valleys (Italy) is not a novelty. Some had taken place in the past years, thanks to the initiative of the Sophia University Institute. This year’s summer school held from 25 – 30 August had a precise interreligious profile, with the presence of Shiite and Christian students. Apart from the initiative’s success, this was not an occasional event, but a 20-year friendship journey undertaken by Shiite Muslims and Catholics, within the context of the Focolare Movement’s spirituality of communion.

During the second half of the 1990s, Professor Mohammad Shomali with his wife, Mahnaz, also an academic from Qom (the holy city of Shi’a Islam in Iran), were both studying in England. Along with their studies they had hoped to find a way of establishing a relationship with dynamic Christian communities. Already at that time both had felt the calling to interreligious commitment. It was in this context that the two young academics met the Focolare Movement, and a deep spiritual friendship was established, based on the central point of love as a path to reach God and the brothers and sisters around us. 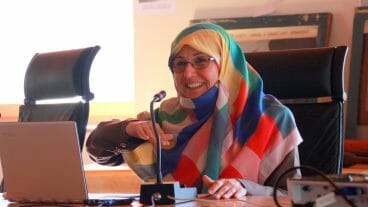 Besides a profound experience with the Benedictine community of the monastery of Ampleforth, the Shomalis had deepened their knowledge of the spirituality of communion and had also met other Christians and Muslims, on the occasion of international meetings held in Rome and in the town of Loppiano. After their return to Qom the relationships with the Focolare continued, and starting 2010 were enriched by academic values. In fact, to enhance a true bond between Shiite students of Qom and the Catholic Church, the Shomalis organised various group journeys to Italy, where they held meetings with the Pontifical Council for Interreligious Dialogue, the St. Anselm University, PISAI (Pontifical Institute for Arabic and Islamic Studies), and the Focolare Movement. In 2014, a delegation of the Movement’s Interreligious Dialogue Centre spent a week in Qom to meet various academic and religious groups and establish relationships of trust and communion at both concrete and intellectual levels, going deeper into the religious Christian heritage and highlighting common values and possibilities to set up paths of dialogue. 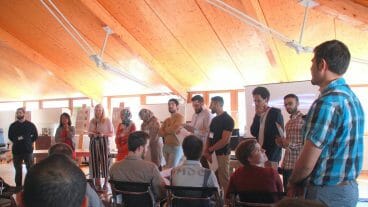 It was in this context that a bond with the Sophia University Institute was established, especially between the Rector, Mons. Piero Coda, and Professor Shomali. With subsequent encounters and lessons offered by the professor to the students of the Institute and the inhabitants of Loppiano, and in collaboration with Rita Moussalem and Roberto Catalano, Co-Directors of the Focolare’s Centre for Interreligious Dialogue, Coda and Shomali had developed the idea of creating a common academic research project with concrete works, which was named Wings of Unity. The core of this initiative is based on the quest for unity of God and unity in God and aims to focus on the perception of God in the two traditions, and in this light, on the possibility of building a true spirit of brotherhood. The finality is to create occasions for reflection in communion between Shiite Muslims and Christians and favouring the education of young generations in interreligious dialogue. As Prof. Shomali himself summarised, in these years they have gone beyond dialogue, and have attained the same way of thinking.