A dream that renews itself 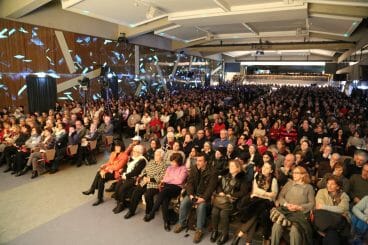 The series began with an event that had music, poetry, and choreography, to highlight and accompany the words of testimony in the year marking the tenth anniversary of the Focolare founder’s death. More that two thousand people from around the world, religious leaders, including Vatican Secretary of State, Cardinal Piero Parolin, as well as people from the world of culture, communications and institutions to take part, on Saturday, March 3rd, in what many called a celebration of a life rather than a commemoration. It was a celebration of the life that continues to emerge from Chiara Lubich’s charism of unity in a variety of contexts in today’s world, often in hostile environments of war and degradation, producing social transformation that is marked by the life of the Gospel.

Adriana is a Brazilian artist: “I didn’t want to stay closed inside a studio. Chiara told me: choose the God who made you an artist.” Out of love for her brothers and sisters and her willingness to be part a social project in the slums of Pedreira in south San Paolo, providing a roof for 500 families living in extreme poverty, a new opportunity was born for her to bring her talents to fruition. “I came here,” Adriana said, “to pay homage to Chiara.” Roberto and Maurizio, in Italy, opened a fish business run according to the principles of the Economy of Communion, because “If our life is all based on profit, what good is it? No one will remember us for the money we had, but for the good that we did.” Maria worked for 15 years in a school on the difficult outskirts of Paris, which most teachers left behind at first chance. “Those children should be able to have the same opportunities as those who are schooled in the best neighbourhoods of Paris.” Business owners Letizia and her husband have declined a major contract and risked failure, rather than produce arms materials to be used in war. 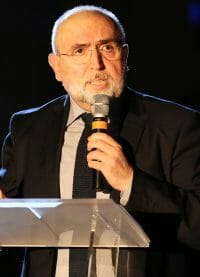 A Syrian couple shared their testimony via video: “We didn’t want to escape the war, so that we wouldn’t have to close our school for deaf children. Where would they have gone?” The story of a Philippine child was entrusted to the voice and intense acting of an actress, taken in the community centre of Bukas Palad (With Open Hands), in Manila: “I’m grateful that from a poor person I’ve become a special person who is loved. This is where my rebirth began.”

These are some of the fruits of the intrinsic social dimension of the charism of Chiara Lubich, as it was defined by Focolare co-President, Jesús Morán: “Chiara wasn’t a reformer. Her dream aimed higher than that, to the anthropological and theological foundation of all social reform – universal brotherhood.” 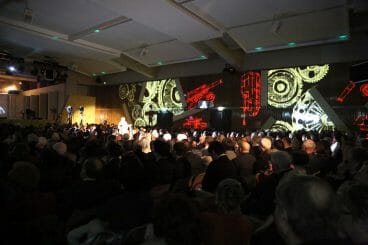 Maria Voce remarked on the premises of an experiences that has reached 182 countries all over the world, with tangible fruits of brotherhood, such as the 25 little cities on all the continents, small blueprints of a world that is united. She recounts: During the years of the Second World War, “the first women focolarini never spared themselves from running from one end of Trent to the other, when it came to assisting someone in need. They invited the poor into their home to share their meals with them, putting out their best tablecloth, seated around the table: a focolarina, a poor person, a focolarina, a poor person. They fed the poor, but as brothers and sisters, never as benefactors. The Gospel which they read in the candlelight in the air-raid shelters and discovered and lived with intensity in the Light that was breaking into their lives, was revealing itself to be a source of profound social transformation.

On the large wall of the hall, which had been turned into a cinema screen, pictures of the Movement’s long history were being projected to accompany the narration of the story that began from a dream: “ This is the great attraction of modern times: to enter into highest contemplation and stay mixed in with the crowd, one person next to the other.” The preferential option for the least of these – “salvaged from anonymity and made into protagonists” has been a characteristic of the Focolare from its first dawning. Wherever Chiara Lubich is remembered in the world, this dream is renewed.