May 1st: Festival in Loppiano

In Loppiano, the 1st of May is synonymous with a youth festival. Umberto Giannettoni who passed away a few days ago, lived for 40 years in the international town, and was a direct witness to an event which later became an unmissable appointment for thousands of young people from all continents, who believe and work to bring unity and peace to the world. Among his memoirs are also those related to the forerunner event of the Genfest. The following text is an excerpt of “One among many stories,” an autobiography at times written in the third person, and at times in the first, which the author himself described as a “personal gift and testimonial.” Pope Francis had said, “A testimonial given as a service is useful, and makes us good people.” The story of each one is a harmonic weft through which man is able to achieve his endeavours with the enlightenment of reason, and with what he is freely offered by the penetrating light of divine revelation, in a continuous process of self-fulfilment.” 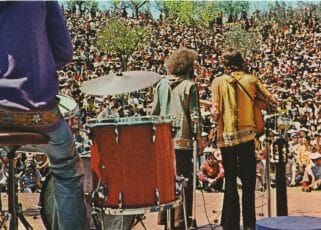 The first youth festival in Loppiano was on 1 May 1971. “After a meeting with the Prior of Taizé in Rocca di Papa (Rome), Chiara Lubich had described the town as a “town of the youth.” On a stopover in Loppiano on his way to Padua, Giorgio Marchetti, a close collaborator of Chiara, recounted what Chiara had said. This news for Umberto was like a flash of light in his soul, and he felt he had to answer Chiara immediately. During the weekend he organised an outing with the heads of the school of the focolare, to the Muraglione Pass in the Apennines. In a bar at the Pass he reflected on the possibility of holding a big meeting of young people in Loppiano, on the first of May […]. The young people of various zones and countries would be invited to participate with an artistic piece. When they left the bar, they were surprised by a particular scenery. The road was a sheet of ice. The rain had caused it after the lowering of the temperature. The vans couldn’t hold the road, and they had the impression that someone wanted to stop them from developing the decision made […].” 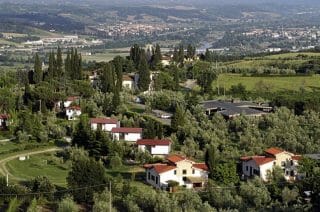 “There was a very talented group of young people in Loppiano. Among them was Heleno Oliveira, a young Brazilian singer-songwriter, who would have been a big help for the artistic part. Everyone worked hard. On 1 May 1971 in the natural amphitheatre in Campo Giallo, we saw the arrival of thousands and thousands of young people under a splendid sun. The event, to which many in Italy and Europe had contributed, resulted to be very effective for the youth who left in the evening, happy and filled with the divine they had experienced. From Trent came Paolo Bampi, a boy affected by leukaemia, who sang a captivating song: “…but what are you seeking, what do you want…” Then came Gen Rosso with the song, “God who is Love.” Then theatre pieces and dances followed. Each single number was given a “first prize,” which the jury awarded according to various reasons: beauty, unity, content, and commitment. It was a crescendo of sincere and explosive joy which contaminated everyone. As evening came, under the rays of a sun which turned everything gold and in a solemn calm after the intense day […] we strongly felt the presence of Mary.”

After a second festive meeting of the youth in 1972 with an even greater attendance, “Chiara Lubich understood that it would be an important tool for the whole youth movement. She decided to involve the World Gen Centres which would participate in the organisation of the “Genfest” of 1973, still in Loppiano. In that year, Fr. Pasquale Foresi (cofounder of the Focolare Movement) was present and gave an important speech on the call to follow Jesus. In the open-air amphitheater, there were almost 10,000 young people. That was the birth of the Genfest!