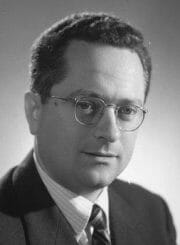 In 1956, invited by his parliamentary colleague, Igino Giordani, Tommaso Sorgi participated in the first Mariapolis held in Fiera di Primiero (Trent, Italy). He was married to Assunta, whom he tenderly loved and who bore him 4 children, but there in the Dolomites, he had gone alone only to please his friend. In fact, he thought that the event would not be so overwhelming. Instead, it was a bolt of lightning. “The encounter with the charism of unity – he recounted– renewed Christianity in me, the interior life and perhaps also the physical one, the sense of existence. Before, I saw my neighbour as a collective name, a group without bearing a single countenance, and was thus nobody. Now my neighbour is a brother or sister who exists or who passes me by.” And while Tommaso was still in the mountains, he made this resolution: “Jesus, I want to be yours, the way You want me to be, dispose of me as you wish.”

Born in the province of Teramo on 12 October 1921 from a family of artisans, he graduated with top grades. He became an esteemed professor of sociology in the University of his city, a town councilor (1946-1964), a provincial councillor (1960-1964), and president of the United Institutes and Hospitals (1953-1972). His intelligence and spirit of service with which he played his public role, earned him the trust and votes of the people. In his political life – he was in Parliament from 1953 to 1972 – he stood out for his sensitivity for the weaker classes, stressed in putting in practice what he had learned in the Mariapolis. He wrote: “I am experimenting that we can “live Mary” also in the rowdy world of politics.” 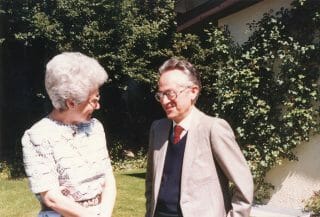 In 1985 with Assunta who also became a married focolarina, he moved to the Center of the Movement to create the “Igino Giordani Centre,” a task which gave him the chance to deepen and bring to light the multifaceted spiritual and human features of his friend and his life model, now a servant of God. Drawing inspiration from the Word Chiara Lubich had given him as a spiritual motto: “Stand up and walk” (John 5.8), he dedicated himself to the development of the New Humanity Movement, with many initiatives among which was the “Triple Pact” – moral, programmatic, participative – elaborated to favour the interaction between the elected and the voters, and the Appeal for the Unity of Peoples, presented to the UN in 1987. There is a long list of his books and essays that range from sociology to the history of Christianity, and from political theory to the figure and thought of Igino Giordani. 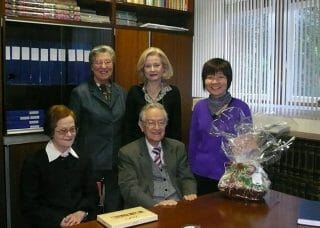 Leafing through the stages of his long life (96 years), what stands out is the constant striving towards holiness, fully lived in unity with Assunta – who went ahead to the Other Life in 2014 – and the final, vigilant waiting for “the total encounter” with God who called him to Himself last 24 April. At the funeral, among the many testimonials, his daughter, Gabriella spoke significant words on behalf of her siblings: “We thank you for the love you gave us, the efforts offered to civil society with competence, honesty and passion, your commitment to the service of the Church and humanity in the Work of Mary in a vision of the united world and for having transmitted to us a great ideal and for your coherence in a life that pushed you to recuse the privileges of the mandates and prefer giving than having. Thanks for the many gifts we received, of which we were not always aware, but which today acquire new value and depth for us, our children and grandchildren.”

The Focolare Movement worldwide joins the family in raising thanks to God for the example of the figure of this great man, brilliant politician, simple focolarino donated to God, in the certainty that he has been welcomed into the immensity of His love.