Stories From Beyond Borders 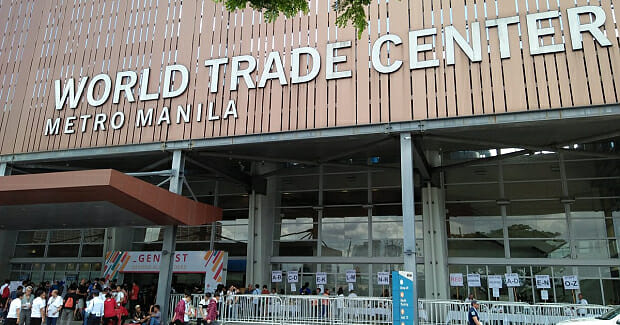 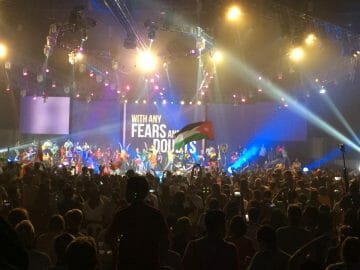 Here we are: Genfest kicked off today in Manila’s World Trade Centre. It’s the main international event, while around 20 national Genfests are taking place in all five continents. The program has one main focus: to overcome every sort of barrier and thus the slogan: “Beyond all borders”. The daring title was chosen by the young people as an answer to the many forms of divisions present in many parts of the world. It’s also the motivation behind all the activities which preceded this moment during the period of preparation. Right from the start, the Genfest has been a collaborative effort; every actor is a main actor. The morning session, which has just concluded, began with videos from several locations showing pre-Genfest activities that have been taking place in twenty south-Asian countries between June 28th and July 5th where hundreds of young people organised social projects for communities.

The microphone is passed onto the presenters and the “vloggers” who accompanied the participants in the program. For those born before the mid-1990s, we should specify that the vloggers have had great influence on teenagers and young people through the social media. In recent months, Louis from Burundi, Maria Clara from Brazil and Ceska from the Philippines all have a growing number of followers on Facebook. Powerful testimonies have been shared during the first session of the Genfest, like that of Josef Capacio from San Diego, California and Noah Herrera from Mexicali, Mexico. At a time of political and social imbalance and all kinds of division, they decided to promote peace right beside the wall that divides nations. 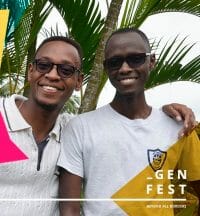 The joint initiative carried out by young people from the United States and Mexico, Noah recounts, allowed us to discover the values, objectives and vision of the world from opposite directions. “We are all equal and we can love our own country as our neighbour’s.” Then, there was the story of Jean Paul Muhanuzi from Burundi, and Egide Nduwayezu from Rwanda. Theirs was the story of a true and growing friendship amidst dramatic conditions. After an assassination attempt on both of them, which left Jean Paul seriously injured, Egide gave up everything to support him during his rehabilitation after spinal surgery. The overcoming of borders in their case led to mutual appreciation of the beauty of different peoples and cultures.

Jaime Zayas, from El Salvador, launched the idea from the stage of the need for a change in one’s own “square mile”, as he himself had experienced in his own land within the context of urban violence and mistrust. The strength came from the desire of being peace-builders: “We know that our country has huge problems, but we can change things on a daily basis, building relationships founded on reciprocity.” 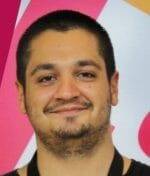 Tommaso Carriere, Italian and founder of the association, “Not From War,” a project formed by people of peace, showing what war is like and how development brings growth in the form of “fragments of solidarity, little steps that draw people closer and nurture peace.

“We recount what we’ve seen in a country afflicted by war and how conflicts only serve to destroy society, undermining hope and the possibility of a better future.” Since 2014, the association promotes summer camps in Jordan where European teenagers visit refugee camps and interact with those who suffer through the consequences of war. The voices of these first days in Manila speak of pathways of life and plans for the future.