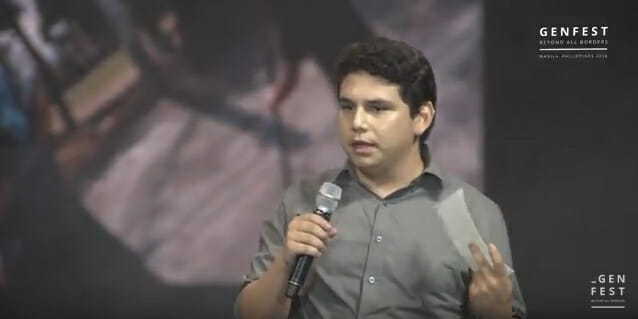 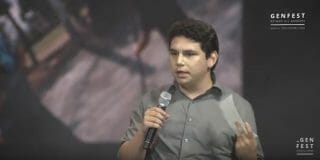 “I come from a country in Central America, El Salvador. It’s a small country, rich in history and natural resources, but afflicted for many years with political instability, injustice and poverty that have produced overwhelming violence and social upheaval, as every neighbour appears as a threat to everyone else. In recent years, the violence has intensified to point of creating a complete lack of mutual trust among the citizens. It was a situation that makes one feel quite helpless.

In 2014, I lived for a while with some other young people from the Youth For A United World in a small Focolare town in Argentina, known as Mariapolis Lia. Everyone in that place tried to live the Golden Rule: Do to others as you would have them do to you. It made me see how beautiful it would be to create a society where everyone took care of one other.
Yet, when I went back to El Salvador, I found myself once again facing the internal struggles in my country. The situation was really bad, more violent if that was even possible. Every moment was filled with danger both day and night, always risky to leave the house. You never knew whether or not you’d return home at night. Because of the situation, my parents and my sister decided to leave. But, thinking more about what to do, we decided to stay so that we could be a light in that dark place, during such dark times. 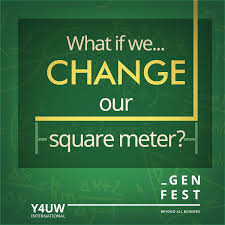 During that period I read an article from the Youth For A United World in the Middle East, which told of how they decided to stay there in spite of the war in order to be able and willing to help the people wounded in the daily attacks. Their experiences made me think and strengthened my resolve to stay in El Salvador, to go out and meet the suffering of my own people.
That was how my friends and I decided to launch a campaign that we called: ‘Change Your Own Square Metre’ with the goal of building peace in our local environment. We know that the problem in our country is complex, but we can make a difference if we begin from our own life with the people we meet every day, with our own daily activities. Personally, for example, I try to help my classmates with their difficult Mathematics Exam or to build positive relations with the neighbors around my house.

All of it had a wider impact on the society as well. We got others involved in constructing a local park, a pretty place with painted walls. We launched a campaign to collect books and send them to cities that charge a high fee for renting them in the schools. Then collaboration was begun with other movements that visit the elderly in public rest homes, and with institutions that provide food and shelter to the homeless. Adults helped us in collecting food and allowing us to cook it in their homes. It was amazing how the food was always enough for everyone to have some!
Perhaps we won’t be up to the task of changing our country all at once, but one square metre at a time we will certainly do it!”