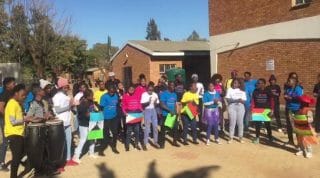 “This year we held our Youth Camp in Mafikeng, South Africa, precisely contemporaneously with the Genfest in the Philippines, with participants from Zimbabwe, Malawi, Zambia, Lesotho and South Africa. The presence of young people from various countries was in itself a visible sign of our desire to overcome the personal and cultural confines.”

Mafikeng (Mafeking, up to 1980) is the capital, as well as a commercial centre of the North-west province, founded in 1885 as the British military outpost.It is currently an important stopover on the railway line from Cape City to Zimbabwe. “It was very interesting and funny to discover how our cultures differ and how we can still love one another in our diversities. I have learned many things -wrote Teddy, from Zambia –which I don’t want to keep to myself,but share with my brethren. The Youth Camp – says Nkosiphile from Zimbabwe – opened my eyes. I just can’t wait to put into practice all I have learned.” 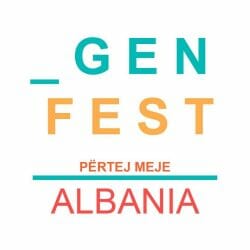 Simultaneously with the event in the Philippines, was also the one held in Albania, with about 120 participants consisting of Christians, Muslims, agnostics coming from various parts and cities of Albania, together with youths from Skopje (Macedonia) and a young girl from Stuttgart. “Like a weft, going from local to global realities, we held four workshops in the field of civil economy and culture of lawfulness, besides themes on prejudice, interpersonal relationships and the social networks, in the presence of Italian and Albanian experts. We visited the homes of disabled and homeless people, and got to meet some ecumenical and interreligious realities of the capital,

The visits to the cathedral, accompanied by the bishop of the Orthodox Church of Albania, the Mosque and the National Centre of the evangelical Churches were followed by a “flash mob” of all the youths at Parku Rinjain the city centre. Genfest was accompanied by moments of celebrations and prayer, in a joyful atmosphere. It helped to connect the youths from the north and south of the country, and let them experience the international features of the new generations, who inherently tend to overcome all confines. A characteristic that stood out was that of working together with the Church in Albania in the preparation for the Synod of the youth, besides being an important step in reestablishing many relationships with Christians of other churches and Muslims, who now want to continue this path of dialogue.”

Bragança, in the north-eastern part of Brazil, is the city where the Genfest was held for 300 young people from various cities of the State of Parà, which hosts a big section of the Amazon National Park. “For many of them – they wrote – it was the first contact with the Focolare communities. The programme consisted of some social projects in the city, like the Fazenda de la Esperança, a hospital, an ecumenical group, and other activities that helped us toenter into the real spiritof this event. So we illustrated the “Mundo Unido Project” and the proposal of Manila, “Paths of unity.”
On the opposite bank of the Amazon River estuary in Macapà, there was another Genfest which gathered 140 young people. “It was a unique experience which we were able to concretise thanks to the support of all the members of the Focolare. Despite the difficulties, we believe that our objective, “beyond all borders,” has been reached.