Italy: The Focolare and the Diciotti vessel 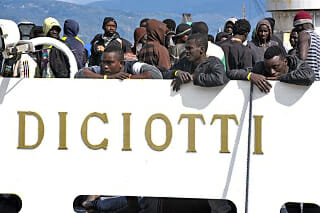 We are following closely the events surrounding the Coast Guard Ship ‘Ubaldi Diciotti‘, which arrived in Catania and is in two-days stand-off with 177 people on board who are not being allowed to disembark. The umpteenth case, unfortunately, that over the past few months has put a strain on the culture of hospitality that has always been the mark of the Italian people, “says the press release of 22 August signed by Rosalba Poli and Andrea Goller who are leaders of the Focolare Movement in Italy. They support “the need for shared paths at a European level in the search for non-improvised solutions”. But they highlight “the great concern for human events such as people fleeing from hunger, war and death”. And they ask “that the human dignity of those who are in the same condition recognized either in their countries of origin, and in the countries through which they are travelling, including ours where they have now landed.”

The communiqué concludes with an appeal to politicians “from all backgrounds; that they put aside disputes between sides and particular interests, and collaborate in the name of our common humanity, which comes before any other distinction or separateness”.