Fatal Accident at the Focolare’s Hospital in Congo 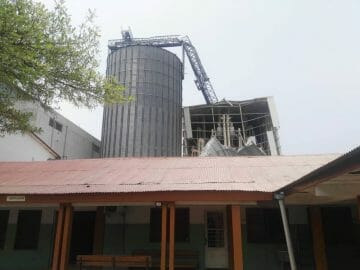 Focolare president Maria Voce wrote to the local Focolare community in the Democratic Republic of Congo: “Let us ask the Father to welcome into His Kingdom of peace all those persons who lost their lives in this serious accident, while entrusting to His love the wounded and everyone involved.” The accident occurred on the morning of August 28th in the city of Limate, north of Kinshasa.

A silo containing tons of wheat, owned by flour producer FAB Congo, collapsed on part of the Moyi mwa Ntongo Hospital and an adjacent company. Under the weight of the rubble some people lost their lives, including Valentine, a member of the Focolare who was in charge of the laundry services, while other victims were in nearby buildings.

“There has been an outpouring of help and support, searching for her body,” writes Aga Kahambu on behalf of the local Focolare community, with police, Red Cross and volunteers working tirelessly. Some of the victims are FAB employees, but the number is still uncertain. It is a very sorrowful time for all of us, but the unity and solidarity among so many has helped to strengthen us.” 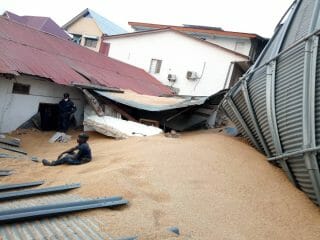 According to the local newspaper, “Actualite.cd,” the count is provisional, because the incident occurred at rush hour” and it reports “significant damage to the facilities, with the destruction of radiology, diagnostics and other departments.”
Constructed in 2006 and directed by the Focolare Movement, the medical centre Moyi Mwa Ntongo is considered an excellent facility with 55 beds. Built for the care of child blindness, the centre then took on other projects, such as HIV and AIDS. Moreover, it is a model international humanitarian project: it makes use of specialists and local staff, trained both in the DRC and in Europe.

In 2016, ten years after its founding, it finished a modern maternity and neonatology unit, which are essential in a country with one of the highest infantile death rates in the world. Fortunately that unit was preserved from the collapse. The ward was completed thanks to the contribution of people and agencies connected to the Focolare Movement, such as the Giancarlo Pallavicini Foundation and the gentlemen Albina Gianotti and Vittorino Giussani, financers of the Medical Centre since the day it began, and by AMU Luxemburg and AECOM Congo, as well as other supporters.