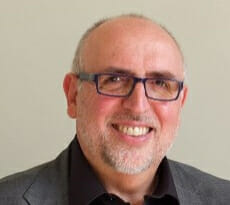 Ten years after Chiara’s death we are once more astonished by the prophetic vision for society of this extraordinary woman who, with her ideal of “may they all be one” (Jn 17:21) starting from her own town of Trent, reached the whole world.

However, one cannot understand her prophetic nature without considering the historical context in which she was born and lived, and her sharing in the destiny of humanity. She was born in Trent, an existential periphery with great historical and social significance; she experienced poverty and the tragedy of world wars. Set amongst the affairs of her day, a specific charism began to manifest itself in her, the charism of unity: “Above all, each of us must keep our gaze fixed on the One Father of many children, and then consider all people as children of that One Father. Our thoughts and affections should always go beyond every human limitation and acquire the habit of aiming constantly towards being on family in our one Father: God.” In these notes, written on the 2nd December 1946, it is possible to grasp key pillars in Chiara Lubich’s prophetic vision for society. In fact, Chiara was not a social reformer, just as Jesus was not one. Her dream in fact aims higher and goes into greater depth, to the anthropological and theological foundation underlying any kind of social reform: one universal family and unity as envisaged by the man-God, Jesus.

This is why we could say that the first social project that Chiara founded was in fact the first community of the Focolare that began in Trent immediately after the war. This community took the words of the Acts of the Apostles literally Acts 2:42-48). They practiced a radical communion of goods and did all they could to care for the poor and the thousands of suffering people the war had left in its wake. This underlying experience has never been lost. Indeed, it is the inspiration behind all the activities and social projects that have been undertaken over the years by Chiara herself and all those who, in following her, have made their own the Ideal of unity. In all of this Chiara’s human and ecclesial genius is clear.

Her human genius is clear in the context of resolving social problems. Despite appearances and technological progress there is a scandalous and growing number of people all over the world who are deprived, marginalised and forced to flee or migrate. These ever more serious social problems are the outcomes of iniquitous systems and a type of globalisation put at the service of the dominant powers in this world. Resolving these problems does not in fact depend, according to the most enlightened minds of both past and present, on sociological strategies and actions effective only at the most superficial levels of human reality (accepting that these are relevant and necessary) but rather they are resolved through the fundamental options and the deeper values that motivate consciences.

Chiara’s ecclesial genius is evident because the Church’s mission cannot be summed up in charity and care for the least (however necessary they are). Rather its mission is to proclaim, in the light of the incarnation of the Word of God, the dignity of each and every person as a child of God.Without these two driving forces, the anthropological and the ecclesial, we cannot grasp the true social dimension of Chiara Lubich’s charism, which is informed by an intrinsic sociality that develops into life, action and study (see the Social Schools of the Sophia University Institute).

What are the practical consequences of this perspective, for all of us? If we want it, a story is awaiting us. We too have a story ahead of us. Chiara takes us out of anonymity to make us the main characters in a dream: all of us are main characters, no one is excluded.
Guislain Lafont, a great Dominican theologian, speaks of the “principle of littleness” that in his opinion sums up the practical philosophy of Pope Francis. It concerns the belief that “salvation comes from below rather than from above”.

Chiara knew how to apply this “principle of littleness” magnificently, in commitment to true social renewal, set in motion by the paradigm of unity. This is her greatness.