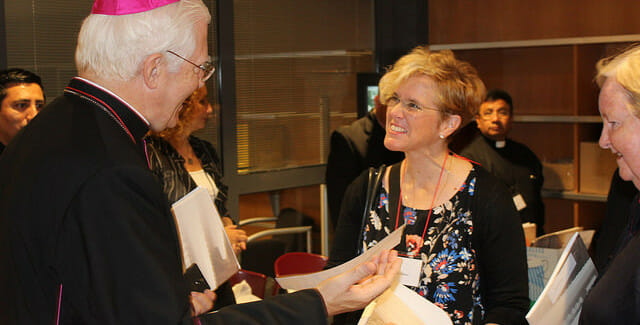 “We strongly feel the urgency of evangelization, and we realize that music can have a great impact in this regard,” says singer and songwriter, Nancy Uelmen from the Gen Verde International Performing Arts Group. She was one of the participants at the convention from the Focolare Movement. The convention lasted three days and was promoted by the Pontifical Council of Culture under the guidance of Cardinal Gianfranco Ravasi. The convention was named “Church and Composers: Word and Sounds.”

Besides the speakers, there were also 110 representatives from different Bishops Conferences and academic institutions from many countries, including several composers. The reflection began with “Music and Word”, which focused on memory, intelligibility and meaning. Then came “Music and Gospel”, which allowed for a presentation of several personal and communitarian experiences of life and the impact of different musical and compositional styles. Finally, “Music and Instruments” was more technical and focused on diverse sounds that culminate in the human voice.

“We also discussed the great need of evangelizing with music, beyond the context of liturgy,” Uelmen recalls. “It’s the time for courageous expressiveness,” commented Msgr Marco Frisina, composer and director of the Diocesan Choir of Rome, Italy. 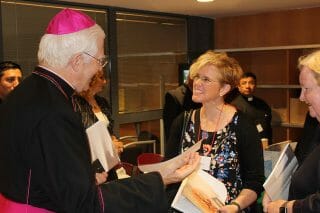 Nancy explains: “I was entrusted with a workshop, on the second day, which I called “Spirituality and Composition in the New Evangelization”. I wanted to take a look at the situation of today’s youth and the call we all feel of “going out to the peripheries” with our “Start Now” project, in order to reach the most disadvantaged. I also gave a few pointers on how the spirituality of unity helps us to move from “Me” to “US” in the composition process, using several of our recent songs as examples.”

“In the afternoon,” says Nancy, “some time was dedicated to ecclesial movements with a roundtable open to everyone at the convention. Three of us spoke: Luciana Leone, from the Renewal of the Spirit, composer Pippo Molino from Communion and Liberation and me from the Focolare. We talked about our approaches and prospectives on musical life in the Church: liturgically and also in other fields. I gave a brief presentation on the role of music in the Movement, and then I recounted the specific experience we are bringing ahead with Gen Verde, for example, making music both for and with the youth.” 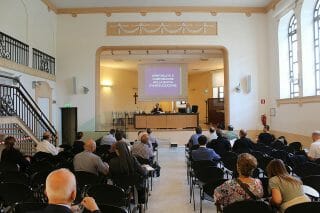 Besides the important expositions of international musical personalities from in the Church, there were also many opportunities for sharing and dialogue with many of the participants. In particular with several representatives from the movements and associations, with whom we share the desire to collaborate with one another more. In fact, we felt a need to “go out” together towards the people who don’t get close to the church and, through music, we believe that we can do much.”

The convention concluded in Assisi with a concert in the Major Basilica, within the framework of “Francesco Siciliani”, an international concourse on Sacred Music, executed by the St Jacob’s Chamber Choir of Stockholm, directed by Gary Graden.