An Appeal for Europe 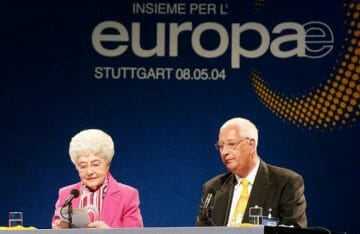 «Universal brotherhood was also the project of people who were not motivated by religious motives, but simply by the desire to benefit humanity. The French Revolution’s motto: “liberty, equality, fraternity”, summarizes the great political project of modernity, a project which, in part, has been disregarded. While numerous countries have built democratic systems of government and have succeeded in achieving some degree of liberty and equality, the same cannot be said of fraternity which has been proclaimed more than it has been lived.

But the one who brought fraternity as the essential gift to humanity was above all Jesus. In revealing the fatherhood of God, He broke down the walls which separate those who are “the same” from those who are “different”, friends from enemies. He loosened all people from the bonds that imprison them, from all forms of slavery and subordination, from every unjust relationship, thus carrying out an authentic existential, cultural and political revolution. (…)

The instrument that Jesus offered to us in order to accomplish this universal fraternity was love, a great love, a new love, different from the one we usually know. In fact, He transplanted the way of loving of heaven here on earth.

This love requires first of all that we love everyone, therefore, not only relatives and friends. It asks that we love the pleasant and the unpleasant, our fellow-countryman and the stranger, the European and the immigrant, those of our Church and of another, of our religion and of another.

Today it asks the countries of Western Europe to love those of Central and Eastern Europe – and vice versa – and it asks everyone to be open to those of other continents. In the vision of its founders, in fact, Europe is a family of sister nations, not closed in itself, but open to a universal mission: Europe wants its unity to contribute, then, to the unity of the human family. This love asks that we love our enemies as well and that we forgive them if they have offended us. After the wars which stained our continent with blood, many Europeans were exemplary in loving their enemies and promoting reconciliation. 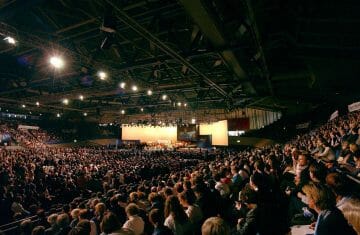 Therefore, the love I am speaking of makes no distinctions and takes into consideration all those we meet in any moment, directly or indirectly: those who are next to us physically, but also those about whom we or others are speaking; those who will receive the work we do day by day, those we come to know about through the newspapers or television….

Because this is the way God our Father loves, making the sun rise on the bad and the good, and causing the rain to fall on the just and the unjust alike (cf Mt 5:45). (…)

Furthermore, the love that Jesus brought is not an idealistic, sentimental love, made up of words. It is a concrete love. It needs to be expressed with deeds. And this is possible if we make ourselves all things to all people: sick with those who are sick; joyful with those who are joyful; worried, insecure, hungry, poor with others, feeling in ourselves what they feel and acting accordingly».