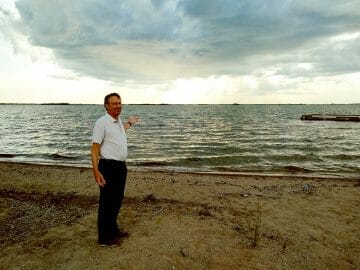 It was a lake so clear you could see the bottom and drink the water with your cupped hands from the canoe. It seemed the perfect world. Yet here and there a plastic bottle was stuck in the bank, held down by low roots. In that extraordinarily beautiful landscape, it was a punch in the eye.

Alek’s story is rich with images such as this. He was among the four people who were part of a temporary Focolare at Whati, in Canada, from July 19 to August 20, 2018.

“We’re talking about the Great North, almost at the Arctic Circle, a town with 800 inhabitants. It seemed even less, since the meeting of the Tlicho people (Tłı̨chǫ in their original language) had just ended, and many of the locals had left for vacation.

“The Tlicho people are Native Americans (called “First Nations” in Canada), who can be found throughout North America. They are part of the Dene, an association of Native Americans in the Northwest Territories, and they live in an area called Tlicho Land, which has four towns with a total population of close to 2,000 people. Whati, which in its native language is Wha Ti, is one of these towns. It’s on beautiful Lac La Martre, which at its widest point is a good 70 km.” 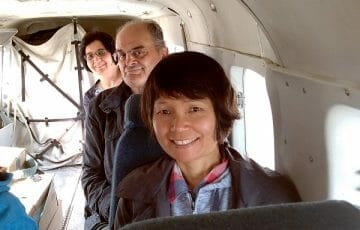 With the youth group, Alek and Fr. Alain organized the cleanup of a stretch of shoreline. “It was just a gesture,” he says, “yet afterwards we heard that one of the residents there brought this to the chief’s attention, and the cleanup has now become a regular activity throughout the year.”

This too was a result of the temporary Focolare at Whati. Besides Alek (an Italian who lives in Birmingham, Alabama) and Fr. Alain (a priest from Montreal), the group was made up of Lioba from the Focolare of Vancouver and Ljubica from that of Toronto.

The reason for their journey was a request from the bishop of Yellowknife, the capital of the Northwest Territories, to have a few people from the Focolare community come to the area (covering the costs) to give the residents, at least for one month of the year, the chance to come together spiritually and receive some training on Gospel living. At the same time, another group was having a similar experience at the village of Fort Resolution.

“We were at Yellowknife for a few days, having come from our cities, after trips that were pretty adventurous because of the weather. There we got the chance to know each other and receive the bishop’s blessing.”

“Arriving together at Whati, we were there for a total of four weeks, to renew relationships that had begun the year before from another similar experience. We were there to get to know the local leaders and to contribute to a few projects started by the tribal leadership. The second week we organized a Bible camp for the kids, and the third week, at the request of the local leaders, we went to meet some of the elders of the village. It was moving to pray together with them. It seemed to us that there was communication that went beyond any difficulty to understand their language.” 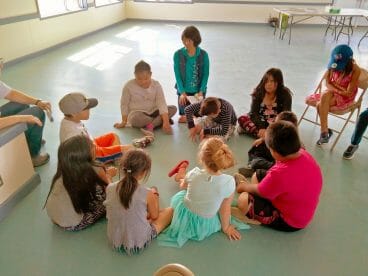 The people of that place are suffering from a difficult transition from tradition to modernity. “In the space of one generation,” Alek explains, “they found themselves entirely deprived of the roots that had been their deepest identity, perhaps for thousands of years. Those of my generation were born and lived in teepees, and speak Tlicho. Their grandchildren no longer speak the traditional language, use smartphones and are taken by consumerism and all its consequences, including alcohol and drugs.

“Yet, the community is still driven by a simple, deep faith that is based on reading the Bible and the natural spirituality of its people, who are still sensitive to spiritual things.

“For my part, it was a chance to meet face to face with some of these stories. With them I felt at home, perhaps as never before. I was also a way for them to be touched by God.”